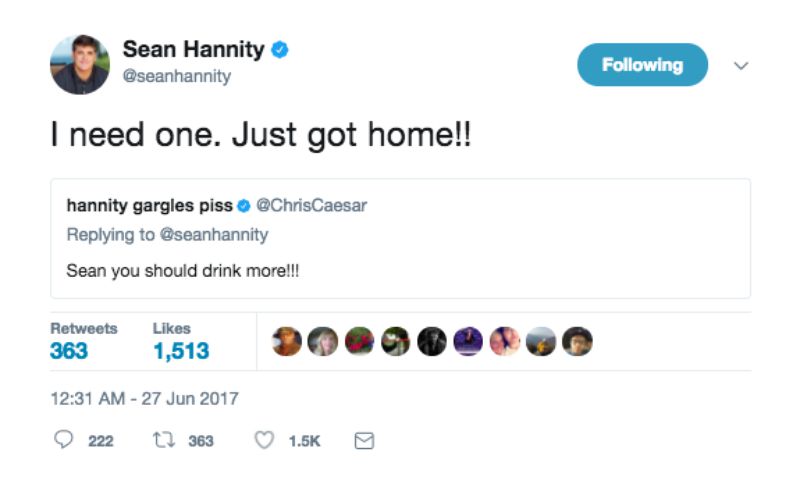 Sean Hannity, the conservative firebrand and one of Fox News' last remaining ratings-grabbers, does not gargle piss, reports Clayton Purdom. The cable news pundit had publicly responded to a tweet saying "Sean you should drink more!!!" with "I need one" only for his interlocutor to change his name to "hannity gargles piss", thereby creating the unfortunate impression Hannity had cheerfully agreed he hankered for a nice pint of warm urine. Hannity, made aware of the clever switcheroo, decided to delete his tweet, thereby making clear that he does not suffer from a thirst that can be slaked only with a long draft of his own bitter pilsner.

what a beautiful day pic.twitter.com/73Ni4Ptrv6