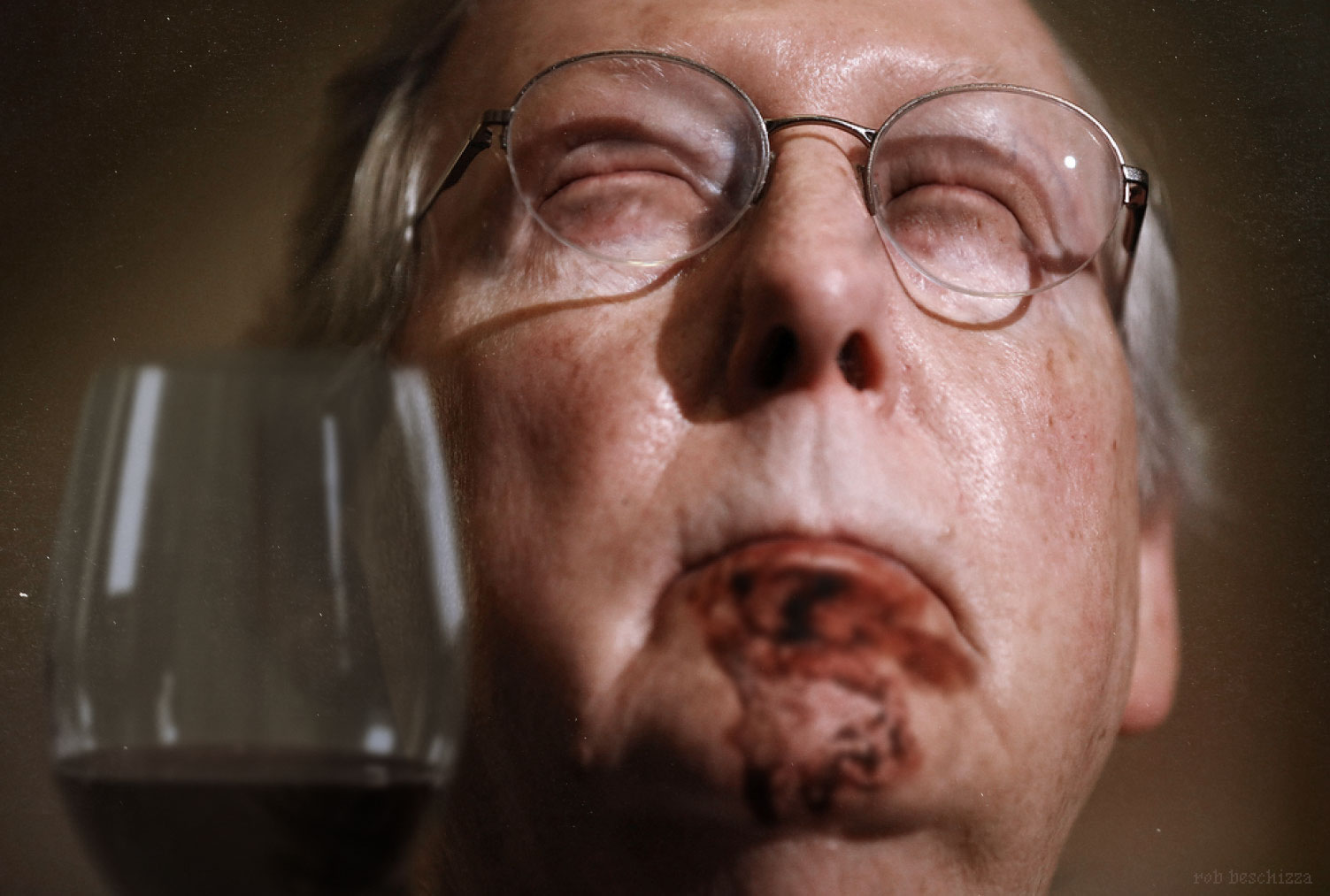 Mitch McConnell is the Republican leader who drafted the so-called "Trumpcare" bill in secrecy and hopes to ram it into law in a few days of arm-twisting, media feints and threats. As American lives hang in the balance, McConnell—as voiced by McSweeney's' Bob Vulfov—makes his pitch to the public.

My name is Mitch McConnell and I am the Majority Leader of the United States Senate. As you may have heard, the health care bill I secretly drafted would result in 22 million Americans losing their health care coverage. I understand your frustration with the bill, but you also have to understand my side of things. I’m in a serious bind here. I owe Thanatos, the God of Death, exactly 22 million human souls and he’s come to collect.