Poster for an Obi-Wan Kenobi movie 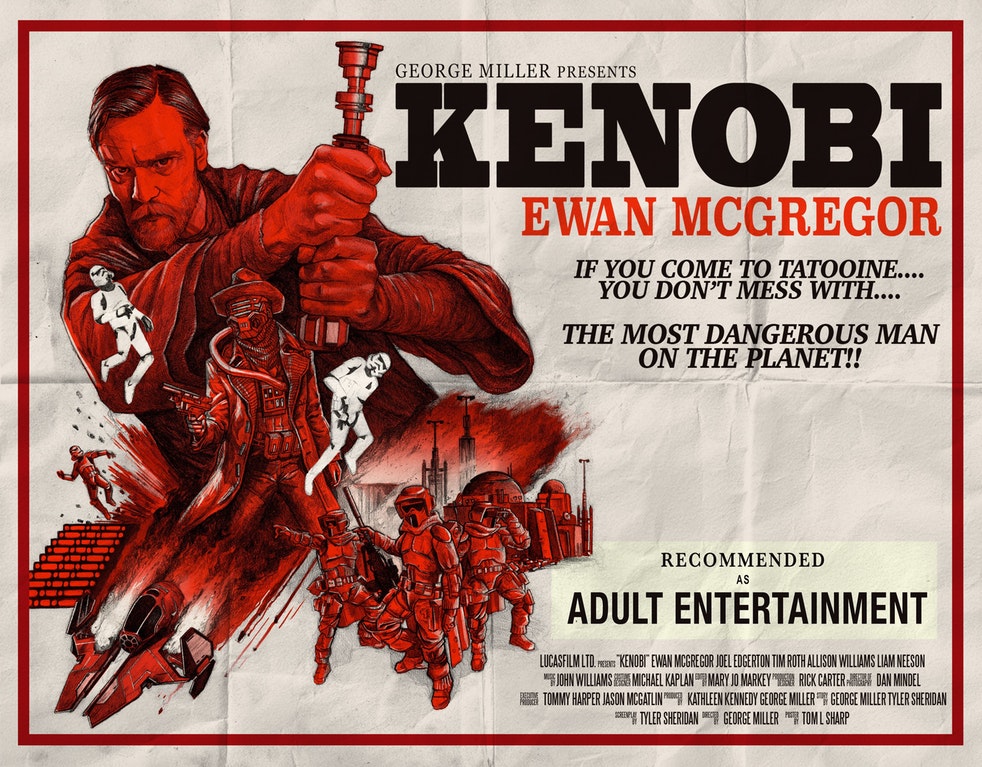 Sir Jedi Panda gets it right in this mockup of a spaghetti western-styled poster for an Obi-Wan Kenobi movie. I think what I love about it is how completely un-western a character Kenobi is.
[via]