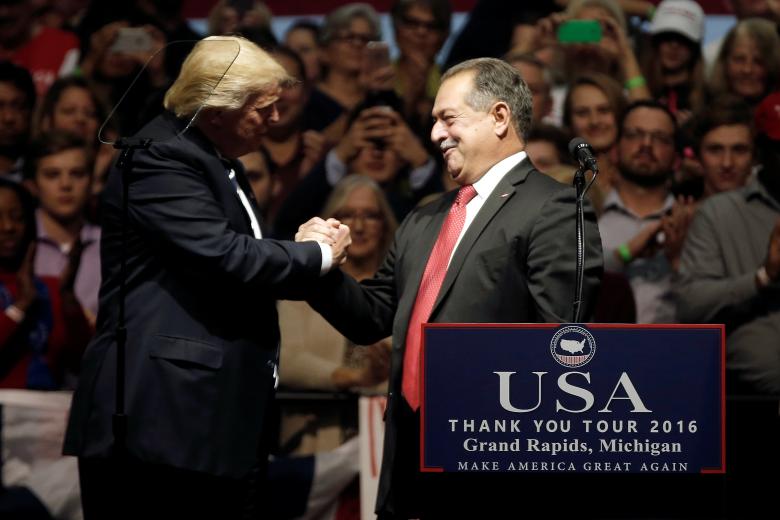 Today's Associated Press story is a clear case for why the Environmental Protection Agency and its appointed leader matter to American lives.

Environmental Protection Agency Administrator Scott Pruitt’s schedule shows he met with Dow CEO Andrew Liveris on March 9 for about a half hour at a Houston hotel. Both men were featured speakers at an energy industry conference.

Twenty days later Pruitt announced his decision to deny a petition to ban Dow’s chlorpyrifos pesticide from being sprayed on food, despite a review by his agency’s scientists that concluded ingesting even minuscule amounts of the chemical can interfere with the brain development of fetuses and infants.

EPA spokeswoman Liz Bowman said Tuesday that Pruitt was “briefly introduced” to Liveris at the conference.

“They did not discuss chlorpyrifos,” Bowman said. “During the same trip he also met with the Canadian minister of natural resources, and CEOs and executives from other companies attending the trade show.”

EPA released a copy of Pruitt’s March meeting schedule earlier this month following several Freedom of Information Act requests. Though his schedule for the intervening months has not yet been released, Bowman said Pruitt has had no other meetings with the Dow CEO. There was a larger group meeting that Pruitt attended which also included two other Dow executives, but she said that didn’t involve chlorpyrifos.

Dow, which spent more than $13.6 million on lobbying in 2016, has long wielded substantial political power in the nation’s capital.

When President Donald Trump signed an executive order in February mandating the creation of task forces at federal agencies to roll back government regulations, he handed the pen to Dow’s chief executive, who was standing at his side. Liveris heads a White House manufacturing working group. His company also wrote a $1 million check to help underwrite Trump’s inaugural festivities.

In December, before he was even inaugurated, then President-elect Trump appointed Dow CEO Liveris to his Presidential Manufacturing Council. The two have close ties, it would appear.

In a letter to Pruitt on Tuesday, The American Academy of Pediatrics urged the EPA chief to ban chlorpyrifos.

The group representing more than 66,000 pediatricians and pediatric surgeons said it is “deeply alarmed” by Pruitt’s decision to allow the pesticide’s continued use.

“There is a wealth of science demonstrating the detrimental effects of chlorpyrifos exposure to developing fetuses, infants, children, and pregnant women,” the academy said in a letter to Pruitt. “The risk to infant and children’s health and development is unambiguous.”

The AP reported in April that Dow is also lobbying the Trump administration to “set aside” the findings of federal scientists that organophosphate pesticides, including chlorpyrifos, are harmful to about 1,800 critically threatened or endangered species.

This is why the EPA needs to be guided by science and a moral code to serve *all* Americans, not just a corporate special interest. https://t.co/kiOinfjOGX