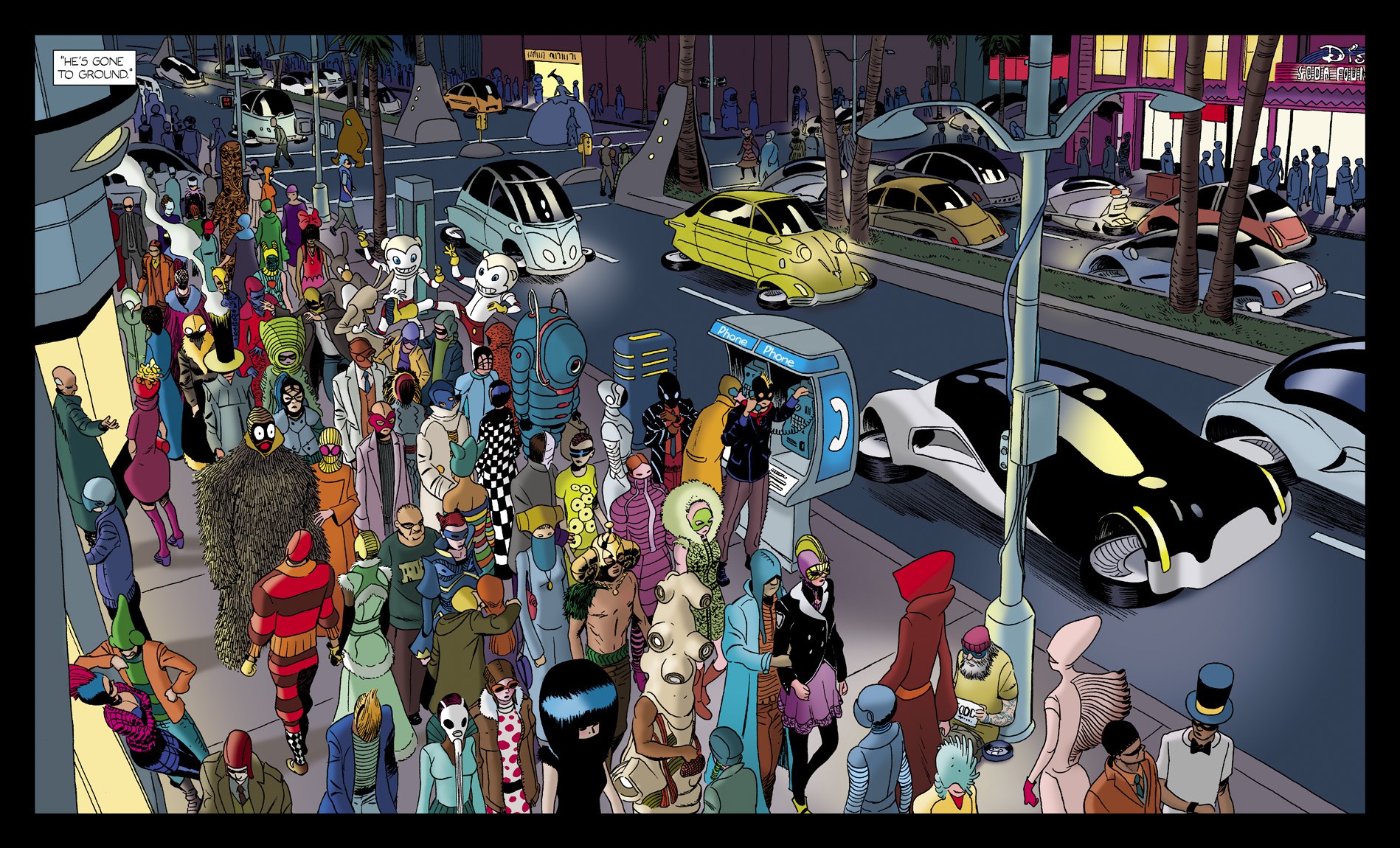 The worldbuilding is gorgeous and full of visual eyeball kicks, starting with the premise that, due to the newfound/hardwon respect for privacy, everyone goes around wearing full-head masks that resemble aliens and fish and fanciful creatures -- this gives the whole tale the feeling of Saga, the stupendous space-opera Vaughan and his collaborator Fiona Staples kicked off in 2012.

The Private Eye of the title is a multiracial unlicensed detective who handles the most sensitive of cases for the most wealthy of clients, going back to his aged Gen-X retired doctor grandfather for patching up when he needs it. Gramps isn't easy to get along with: like so many of his generation, a lifetime of Adderall combined with decades of unrelieved internet withdrawal has left him addled and crotchety.

As with all good detective stories, this one starts with a drop-dead gorgeous client who very quickly drops dead, leaving the Private Eye with a reluctant mission to avenge his client, prodded on by the client's vengeful and distraught sister.

Through this mystery play unspools a delightful, bizarre, and darkly hilarious tale of weaponized media theory, Internet of Shit gone horribly wrong, and an ascendant Fourth Estate that manages to recreate all the systems of control that it is supposed to keep in check.

The series originally ran as a name-your-price, DRM-free webcomic (a comic about the end of the internet that you could only get on the internet!), and it's now a beautiful book from Image, one that captures Vicente's eye-popping color work with lavish faithfulness.