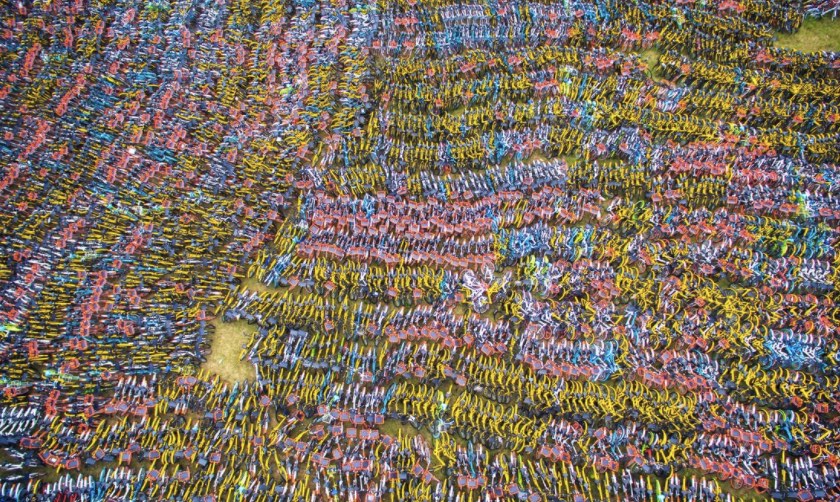 The city of Hangzhou, China has more than 86,000 public bicycles. Unfortunately, when many people are done using them, they don't put them in the designated docking center but just drop them wherever. According to Wired, "police have rounded up 23,000 bikes so far this year and hauled them to 16 corrals around the city" like the one seen above. And that's not even the whole lot of 'em.