Monster Scouts: go camping with an imaginary cryptid scout troop from the 1910s! 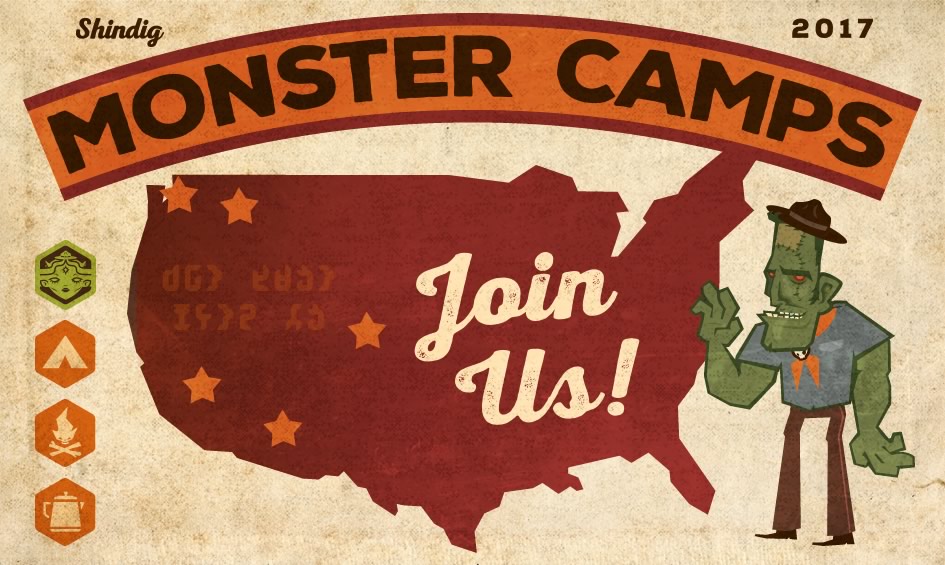 The Monster Scouts are a wonderful thing: monster-obsessed makers who have created a collaborative, detailed, LARP-ish world in which monsters are real and an imaginary scouting organization called the Crow Scouts, founded in 1907, has operated for more than a century to help our monster friends.

Monster Scouts are a real society that you can join by pitching in, creating your own steampunkish scouting uniform, and adding to the lore and collecting badges for doing good works and making life more fun for your co-scouts. The organization was founded by the delightful Steam Crow people, artists who make and sell beautiful, vintagey monster designs. They've collaborated with the monster aficionados who signed onto the scouts to create a huge, sprawling, wonderful shared world that has, until now, largely existed at cons and meetups, but which is now making the leap to real-world campouts.

These weekend-long "shindigs" are coming to five US states in 2017, and are a combination of a family weekend, a gaming weekend, a LARPing weekend and a maker retreat. I ran into the Steam Crow folks at Denver Comic-Con yesterday and was blown away by the raw delightfulness of their vision and what they've achieved with their fan-collaborators.