In the 1990s, a Serbian biology textbook used a still from Raising Arizona for its cover art 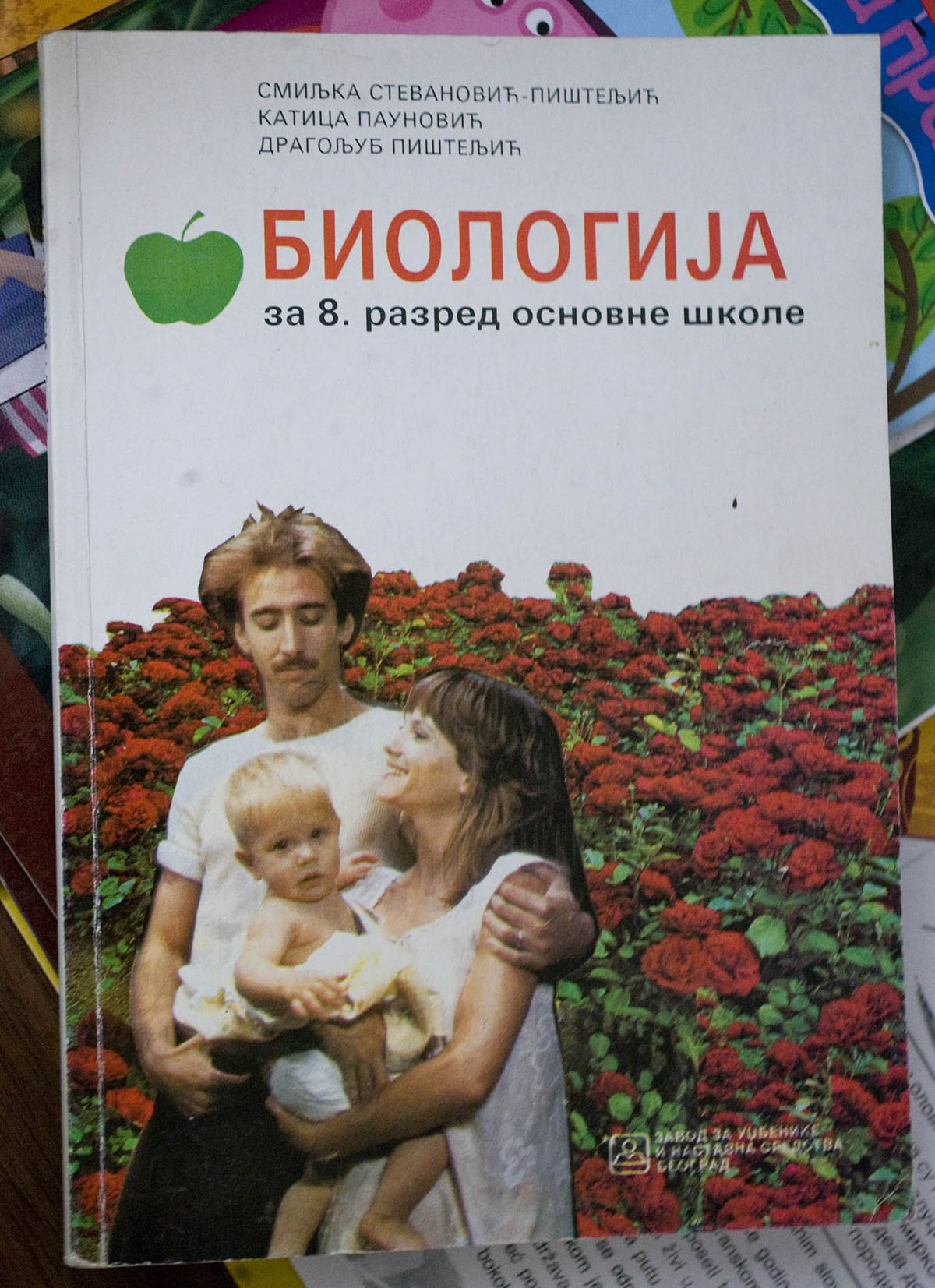 From 1993 to 2001, this Serbian middle-school biology textbook sported a cutout of a still from Raising Arizona in which Nicholas Cage and Holly Hunter cradle their stolen baby.

Nicolas Cage was on the cover of a Serbian biology textbook, obviously