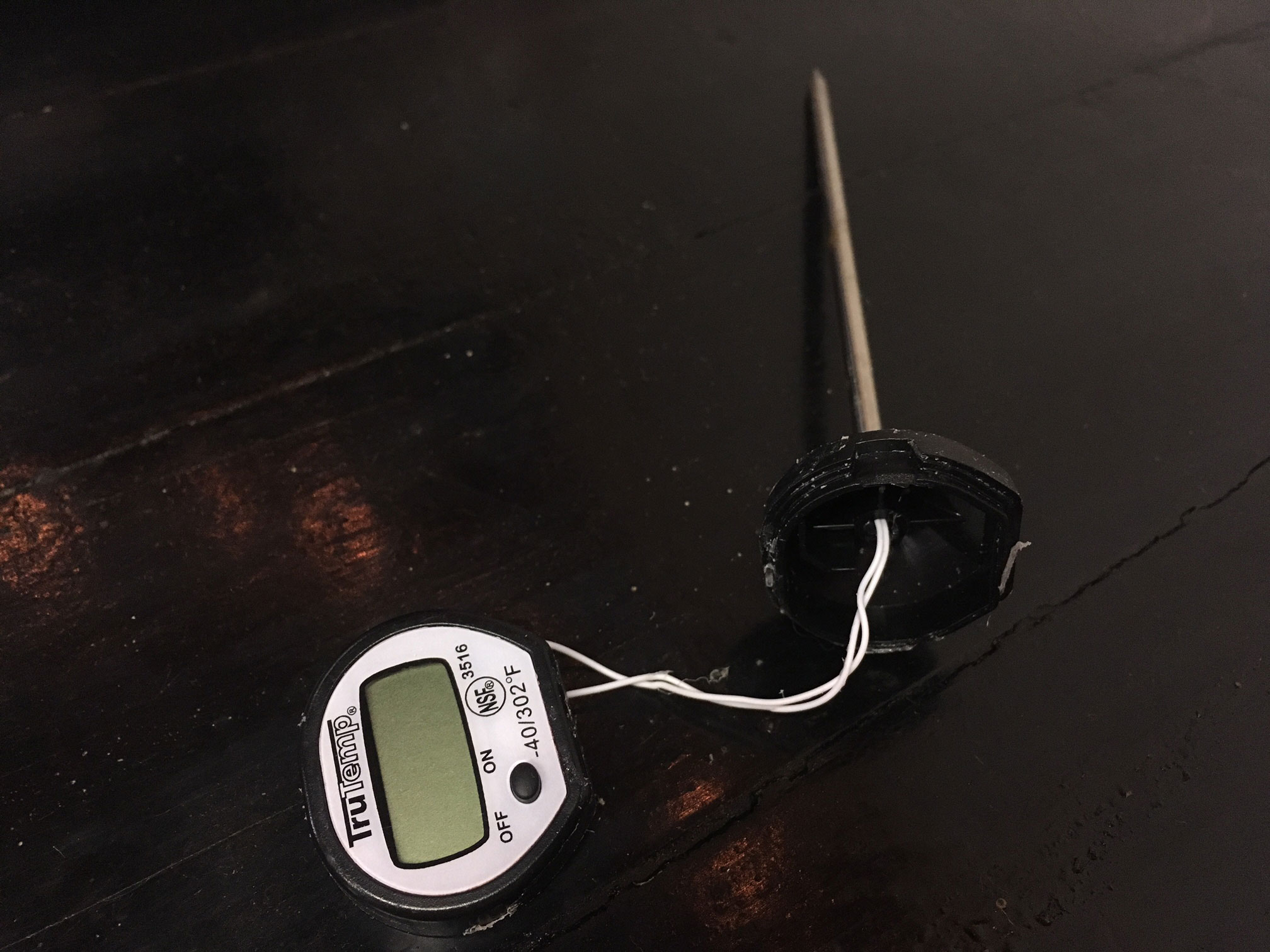 It's invariably the cheapest on the shelf, but the Taylor/TruTemp 3516 I got at Target fell apart the first time I pushed the button. It's the shabbiest piece of electronic tat I've bought from a major U.S. retailer. Don't buy it! A different brand is only $4 at Amazon, has good reviews, and isn't held together by the clasping pressure of a plastic cap that will obviously expand when pushed.

I even tried gluing it on with superglue. Then it stopped working altogether. Then I threw it in the trash.