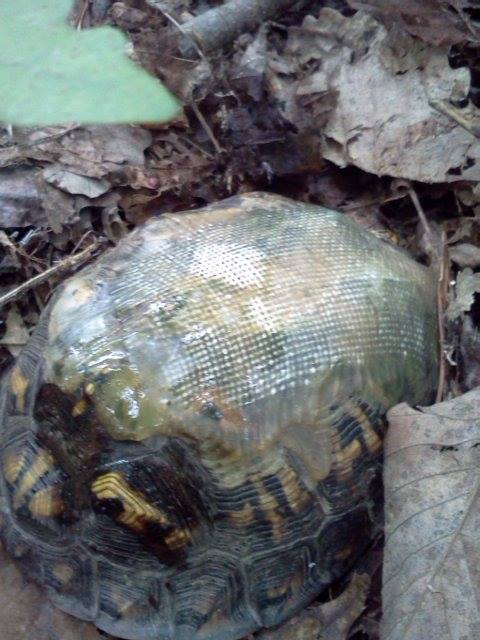 Years ago, someone found a turtle hit by a car and brought it to Hocking Hills Animal Clinic, where they applied a fiberglass shell and released it in the wood. Years later, guess who the vet found while walking in the woods?

Several years ago, a client brought me a box turtle that had been hit by a car. I used fiberglass to repair his broken shell and then released him in my woods. Recently, while walking on my hillside, I spotted an odd pattern in the leaves. To my amazement, there was my old patient with the fiberglass still on... years later! Sometimes, being a vet is the best thing there is.