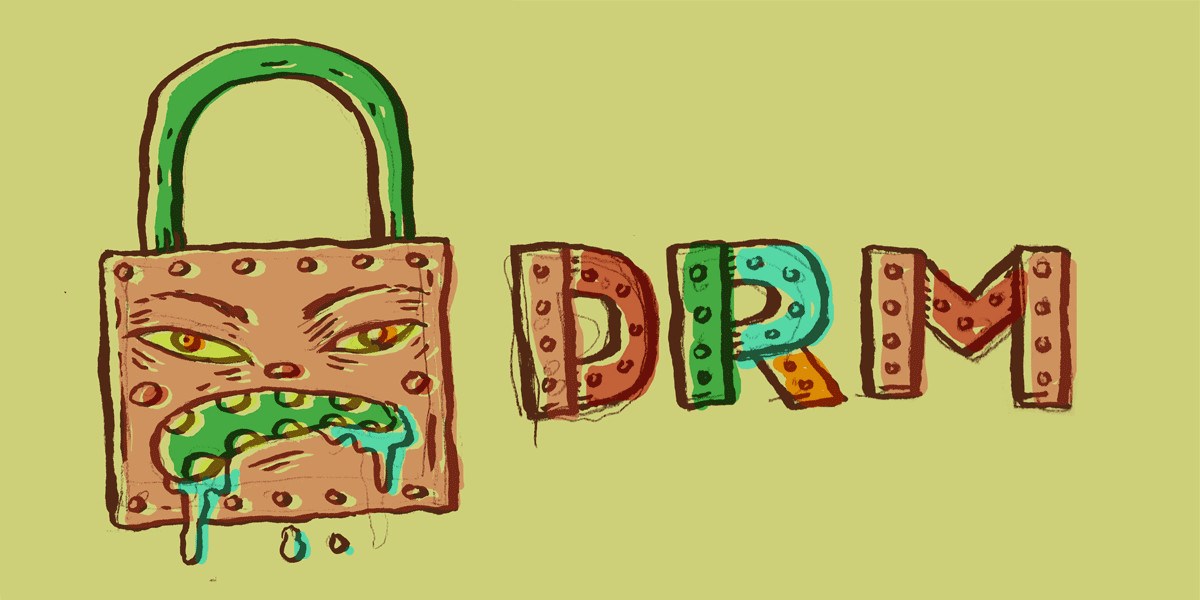 It's the Day Against DRM, and EFF is celebrating by publishing the first public look at How Much Do Consumers Value Interoperability? Evidence from the Price of DVD Players, a scholarly economics paper that uses clever techniques to reveal some eye-popping number on the strangled market for DRM-free gadgets.

The paper was written by a team from the University of Glasgow, led by Kristofer Erickson: they scraped Amazon DVD-player pricing data, and compared the sale-prices of players with (grey market) DRM-breaking features with the ones that obeyed all the rules that DVD players are supposed to obey.


They reached a shocking conclusion: DVD players with even minimal circumvention features sell for about 50% more than similarly reviewed DVD players of similar vintage -- that means that in a commodity electronics category where the normal profit would be 2% or less, manufacturers that sell a model with just slightly different software (a choice that adds virtually nothing to the manufacturing costs) pocket 25 times the profits.

In one way, this is unsurprising. People want DVD players, but they don't want DRM. If a manufacturer sells you a DVD player with some useful and desirable features, and some undesirable anti-features (like region-locking, or anti-ripping, etc), then under normal circumstance you'd expect a market to emerge for add-ons or rival products that remove the anti-features. If you bought a car whose cigarette lighter port came with a special bolt plugging it up because you hadn't bought the "charge your phone while you drive" option, you'd expect that your local garage would sell you a tool to remove that bolt.


But laws that protect DRM are indiscriminate, overbroad, and thus an invitation to mischief. Laws like Section 1201 of the US DMCA (or EU implementations of Article 6 of the EUCD, etc) make it a crime to bypass DRM, even when you're doing so for a legal reason. Ripping your DVDs isn't illegal. Buying a DVD in one country and watching it on a DVD player from another country isn't illegal. But breaking DRM is illegal, and since you can't do these activities without breaking the DRM, these activities become illegal, too.


That means that anyone who makes a product with some software in it can force you to use it only in ways that they prefer, and make it a felony to use it any other way. We're one vision-system away from a toaster that refuses to toast third-party bread, one RFID system away from a dishwasher that won't wash unauthorized dishes.

But as the Glasgow paper reveals, the monopoly rents that DRM allows manufacturers to extract from their customers come at a high price to the overall economy. Creating a business that lets people do legal things with the stuff they own is the key to economic growth: it's how we got the iPhone, it's how we got Netflix, and it's how we got cable TV.


This all only hangs together because the US Trade Representative has pressured virtually every country in the world into passing DRM laws that mirror America's version. But it would only take a few high-profile defectors to challenge this idea everywhere: the enormous profits -- and consumer satisfaction -- to be gleaned through giving people the ability to use their property in legal ways would quickly trump this incumbents' gentleman's agreement.


Normally, once you own something, the rule is" "use it any way you want, just don't break the law." Once DRM is in the mix, the rule is, "use it only in the way we tell you, and don't rock the boat."

Ultimately, we intend to examine these dynamics across as many product categories as possible, where DRM-locked options coexist in the market alongside unlocked or hackable options. Some possible candidate products include network routers, handheld GPS devices, and even ‘smart’ lightbulbs. As more and more devices come with embedded firmware, the ability of manufacturers to lock out consumers with DRM – or make them interoperable – will have a greater impact on society beyond media devices.

How Much Do Consumers Value Interoperability? Evidence from the Price of DVD Players [Kristofer Erickson, Jesus Rodriguez-Perez, Swagatam Sinha/University of Glasgow/CREATe]