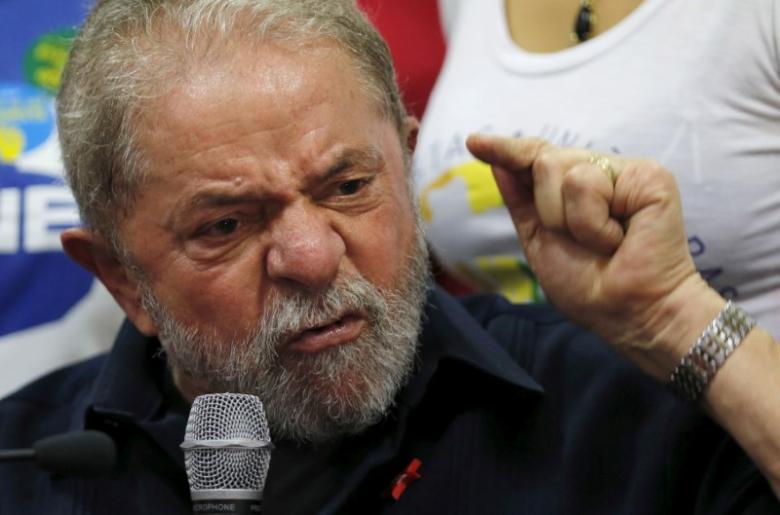 The Brazilian newspaper Estadao was the first to report the news, in Portuguese.

At age 71, Luiz Inacio Lula da Silva was sentenced to 9 years and six months in prison for crimes of corruption and money laundering. The conviction of federal judge Sérgio Moro of the 13th Federal Court in Curitiba is the first of the former president in Operation Lava Jato.

"Among the crimes of corruption and laundering, there is material [concurso - competition?], which is why the combined sentences amount to nine years and six months of imprisonment, which I consider to be definitive for former President Luiz Inacio Lula da Silva," Moro said.

Reuters reports that this is the first of five separate graft trial that Lula faces in Brazil.

Lawyers for Lula, still one of Brazil's most popular politicians, have said they would appeal a guilty ruling and have continuously blasted the trial as an illegitimate political witch hunt. His attorneys did not immediately respond to requests for comment.

And Bloomberg with the understatement of the year:

The guilty verdict on Lula, one of the most popular presidents in Brazilian history, weakens his chances of leading the Workers’ Party back into power in the 2018 elections. Over the past few months he has consolidated his position in opinion polls as the front-runner for the presidential race, but he will become ineligible if his sentence is upheld on appeal. The conviction of the left-wing leader also ratchets up yet further the political tension in Brasilia, coming as President Michel Temer faces corruption charges of his own.

“Sao Paulo cemeteries to dig up graves for coronavirus space”

Brazil’s president Jair Bolsonaro boasted that his citizens are immune to the coronavirus because they have the magical ability to wallow in human waste “and nothing happens,” reports The Guardian. “They never catch anything. You see some bloke jumping into the sewage, he gets out, has a dive, right? And nothing happens to him,” he […]