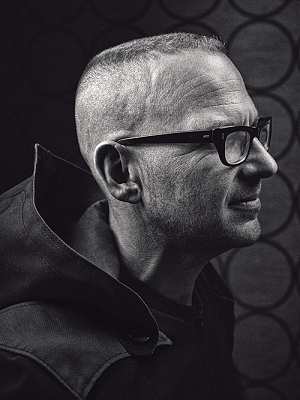 Of all the press-stops I did on my tour for my novel Walkaway, I was most excited about my discussion with Katherine Mangu-Ward, editor-in-chief of Reason Magazine, where I knew I would have a challenging and meaty conversation with someone who was fully conversant with the political, technological and social questions the book raised.

I was not disappointed.


The interview, which was published online today, is a substantial and challenging one that gets at the core of what I'd hoped to do with the book. I hope you'll give it a read.

But I think Uber is normal and dystopian for a lot of people, too. All the dysfunctions of Uber's reputation economics, where it's one-sided—I can tank your business by giving you an unfair review. You have this weird, mannered kabuki in some Ubers where people are super obsequious to try and get you to five-star them. And all of that other stuff that's actually characteristic of Down and Out in the Magic Kingdom. I probably did predict Uber pretty well with what would happen if there are these reputation economies, which is that you would quickly have a have and a have-not. And the haves would be able to, in a very one-sided way, allocate reputation to have-nots or take it away from them, without redress, without rule of law, without the ability to do any of the things we want currency to do. So it's not a store of value, it's not a unit of exchange, it's not a measure of account. Instead this is just a pure system for allowing the powerful to exercise power over the powerless.

Isn't the positive spin on that: Well, yeah, but the way we used to do that allocation was by punching each other in the face?

I don't know. Kabuki for stars on the Uber app still seems better than the long arguments or the guilt.

That's because you don't drive Uber for a living and you've never had to worry that tomorrow you won't be able to.