In the UK, 77% of 2017 university grads will never fully repay their student loan debt 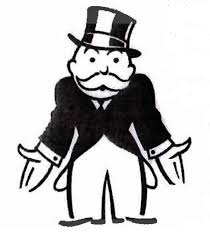 Because of the UK's dramatic shift from student grants to loans, a startling report from the Institute for Financial Studies predicts that 77.4% of university graduates in the UK's class of 2017 will not repay their full student loan obligations. This is up from 41.5% just six years ago in 2011.

The shift came in the wake of austerity measures that phased out tuition assistance with no repayment requirement. Via IFS:

We have shown that changes to the system since 2011 have significantly increased students’ average levels of debt on graduation. However, a key insight from Crawford and Jin (2014) is that higher debt levels do not necessarily translate into higher graduate repayments. Indeed, those authors showed that the 2012 reforms actually reduced total repayments for the bottom 30% of graduates. This was because the reform significantly increased the threshold at which individuals start to make repayments.

• Higher Education funding in England: past, present and options for the future (IFS via ITV)