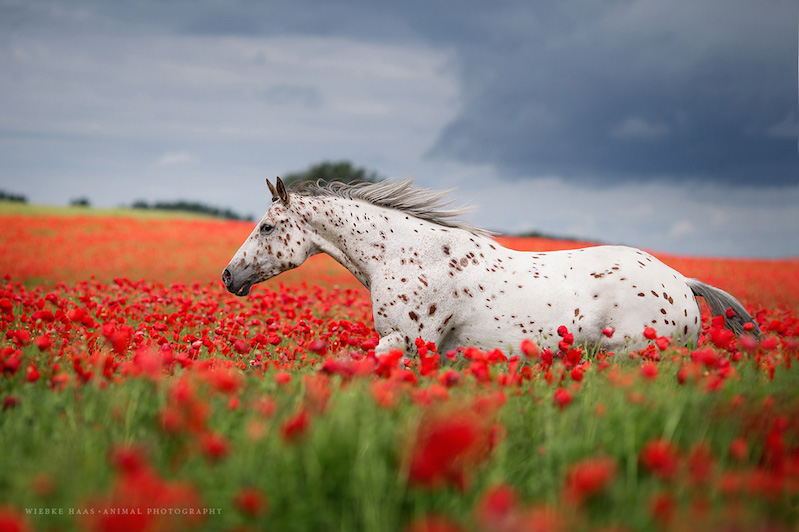 One of Haas' favorite subjects is a horse named Mozart, pictured above). Barnes asked, "When did you realize that horses can be so funny? What was the inspiration for you to 'humanize' them in this way?"

It’s my greatest passion to tease out nearly human expressions of my horse models. In 2011, I took the first image of the photo series Horsestyle. It shows the beautiful Haflinger stallion, Mozart. During the photo session, I recognized his whirling mane and wanted to draw attention to it. By tickling his ears, he shook his head in this brilliant way. I then realized that horses can look darn funny too! Fortunately, they are absolutely not vain and always up for funny things. Because of their cleverness, they learn really fast that shaking the head results into compliments and goodies.