This boat is a hot tub and vice versa 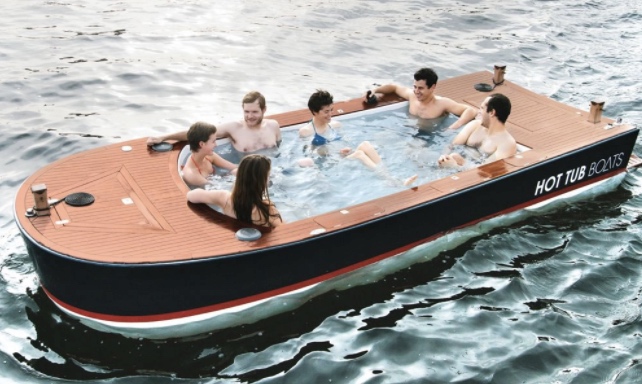 The Hot Tub Boat is both at the same time. You can rent one to float around Seattle's Lake Union or custom order your very own from HotTubBoats.com.

"Well, the hot tub boat is fifteen feet over all, she's about six feet wide, about close to 400 gallons of water in the hot tub,” says (Seattle-based co-inventor Adam) Karpenske. “It can take six people on the boat at any time."

"She does her haul speed at about three-and-a-half knots. It's controlled by a little joy stick. Kind of like a lot of people have equated it to ‘if you ever played Pac-man, you can drive the hot tub boat.'"