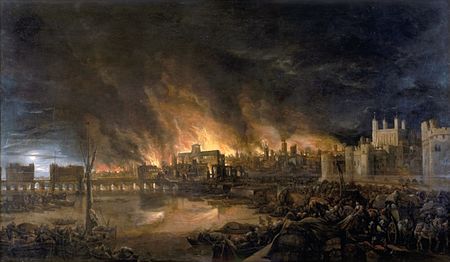 In a world of expensive urbanization where the spiraling cost of basic shelter has forced ever-more people into debt and fuelled a speculative global bubble of criminal money-launderers who use luxury housing as empty safe-deposit boxes in the sky, London is ground zero.

London, that dead-eyed banker psycho dream, where the world's tax-cheats hide their money in plain sight, entombing thousands of heavy earth-moving machines as they dig deeper and deeper for space to accommodate their fin-de-siecle excess, even as they reach for the sky with empty shards of tacky, city-dominating glass and steel, where the people who live in the city can't afford the most basic of needs, literally sacrificing the future just to put a roof over their heads...


That London: property markets there have been jinking and weaving, knocked akilter by Brexit, prompting the rats to desert the ship.

In that London, property prices have been flat for all of 2017 and are predicted to stay flat for the foreseeable. Or maybe they'll fall. The Bloomberg survey of economists and experts finds that, to a one, the people whose livelihoods and reputations depend on keeping the property bubble inflating believe that this is no big deal (though some of them do seize on the moment as a perfect excuse to demand that the modest regulations aimed at kerbing the worst bubblenomics be lifted). There's a definite air of whistling past the graveyard here.

Bubbles require liquidity. The reason offshore money-laundering criminal millionaires speculate on property in the world's great cities -- London, New York, Sydney, Vancouver, etc -- is that they believe (correctly) (so far) that these "investments" will appreciate at or ahead of inflation (unlike traditional "safe-as-houses" investments, which are literally guaranteed to lose value). What's more, they believe (correctly) (so far) that there will always be another money-laundering oligarch who'll buy their investment for cash on 24-72h notice, creating a never-seen liquidity in that least-liquid of all assets: stubbournly solid buildings that people are supposed to live in.

Confidence bubbles -- confidence in appreciation of value, confidence in bizarre and atypical liquidity -- is the most dangerous of all the bubbles, because all it takes to burst it is a change in sentiment, a contagious belief that the game of musical chairs is drawing to a close and the music will shortly be stopping. That triggers sell-offs from skittish investors, which depresses prices, which triggers sell-offs from less-skittish investors, until prices fall off a cliff as the speculators desperately cast about for someone to relieve them of their troublesome priest's holes.

That would be OK if it was just rentiers and extractors and looters who lost everything. But all over the world, working people have been convinced that their retirement and wealth-appreciation depends on the layer of criminal speculators who will never, ever stop inflating the value of the building where they shelter. This has been the padding that made it possible to bear the ending of defined-benefits pensions (in favour of unwinnable casino pensions based on buying into a stock market that uses superhuman bots to enrich plutocrats by draining and outmanuevering those SIPPs and 401(k)s). So now, the dwindling middle classes, who survived the 2008 looter-driven crisis are at risk of losing all that they were able to salvage, and will throw their lots in with governments who try to save the oligarch class by reinflating the real-estate bubble.

Values fell 0.5 percent in May from April, according to the LSL Acadata Home Price Index, and will show little or no growth this year, broker Savills Plc forecasts. PricewaterhouseCoopers LLP predicts that price growth will continue to slow in 2018 and 2019 as economic uncertainty and increased stamp duty taxes damp demand.

Paul Cheshire, professor of economic geography at The London School of Economics and Political Science:

“The turning point is just being reached. Housing prices have continued to rise relative to incomes and the affordability ratio is now at an all-time low. Real incomes are falling as the weakness in the pound feeds through to higher inflation. The ability to raise wages isn’t there and Brexit is making everything more uncertain and worse. London is the epicenter of the U.K. housing market and changes in prices there tend to ripple out. I’m expecting a sharp correction in housing, more on the level of the 1990 crash. I don’t expect negative equity to be as big of a problem as it was then, and interest rates may rise but will still remain low by the standards of the early 1990s.”

NOTE: Home values fell about 32 percent in London from 1989 through 1992, according to data compiled by Nationwide.