Trump so befuddled on health insurance, he thinks it costs $1 a month when you're 21 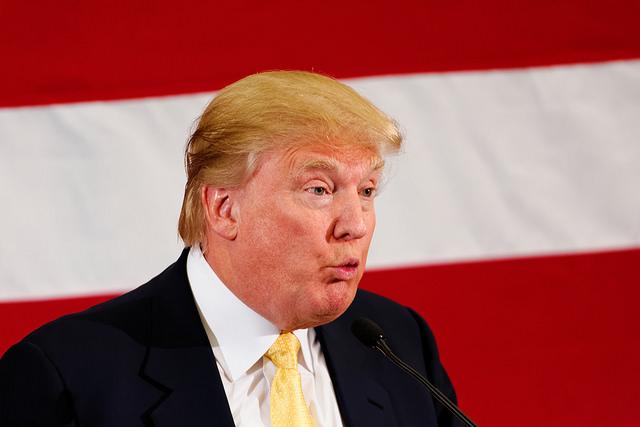 The complexities of how health insurance works in the United States proves to be too much for Donald Trump. He's even having a hard time grasping how much it costs.

In Wednesday's New York Times interview, Trump said that health insurance costs a mere $1 per month. "Because you are basically saying from the moment the insurance, you’re 21 years old, you start working and you’re paying $12 a year for insurance, and by the time you’re 70, you get a nice plan."

That would be nice, but unfortunately he's got it wrong. According to Fortune:

There are several issues with that statement. For one, private health insurance definitely does not cost $12 per year at any age. (The government Medicaid program is only allowed to have nominal premiums, but that's limited to the poor and disabled.) During the first two months of open enrollment for Obamacare in 2017, the average monthly premium for an individual insurance plan was $393. For 18-to-24-year olds, that figure was $219 per month. Now, that's before federal subsidies kick in (and the vast majority of Obamacare enrollees receive those subsidies)—but even with the most generous subsidies, monthly premiums likely wouldn't be much less than $80 to $100, even for younger, less medically costly Americans.

And no, he didn't mean young people who are covered by their employers. Again from Fortune:

According to the Kaiser Family Foundation (KFF), the average single employee contribution toward a employer-sponsored health plan in 2015 was $1,255, or about $105 per month. Employers on average kicked in another $4,708 toward workers' health coverage over the year.

As is typical of people with an arrogance level as high as Trump's, he couldn't help but brag to the Times about his smarts on the topic. "[Y]ou know, a lot of the papers were saying – actually, these [Senators] couldn’t believe it, how much I know about it. I know a lot about health care." A lot less bragging and even more learning would be nice for us all.