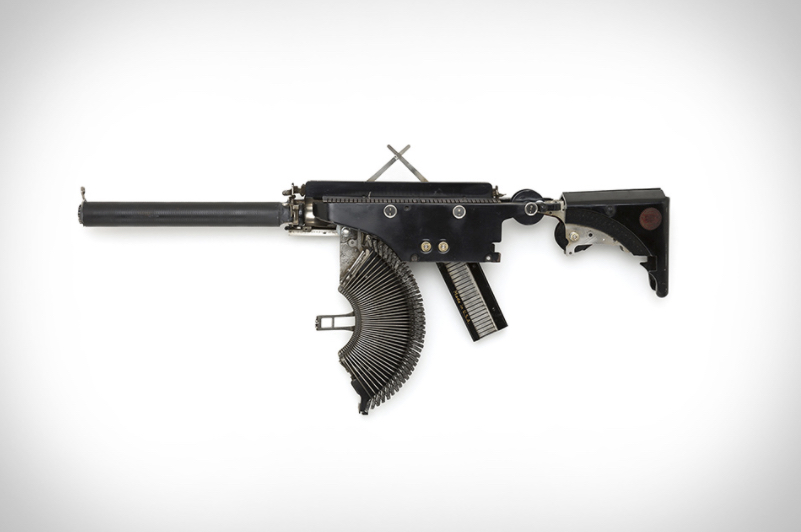 Montreal artist Eric Nado transforms vintage typewriters into stunning models of machine guns. As a William S. Burroughs fan, I have great appreciation for this intersection of objects. From Galerie COA:

Through sculpture-assemblage, Éric Nado transforms and reorganizes certain objects to reveal other possibilities through their forms or intended functions. Using iconic metal objects such as typewriters and sewing machines, Nado materializes concepts such as labor and memory.