Getting better at painting gaming miniatures 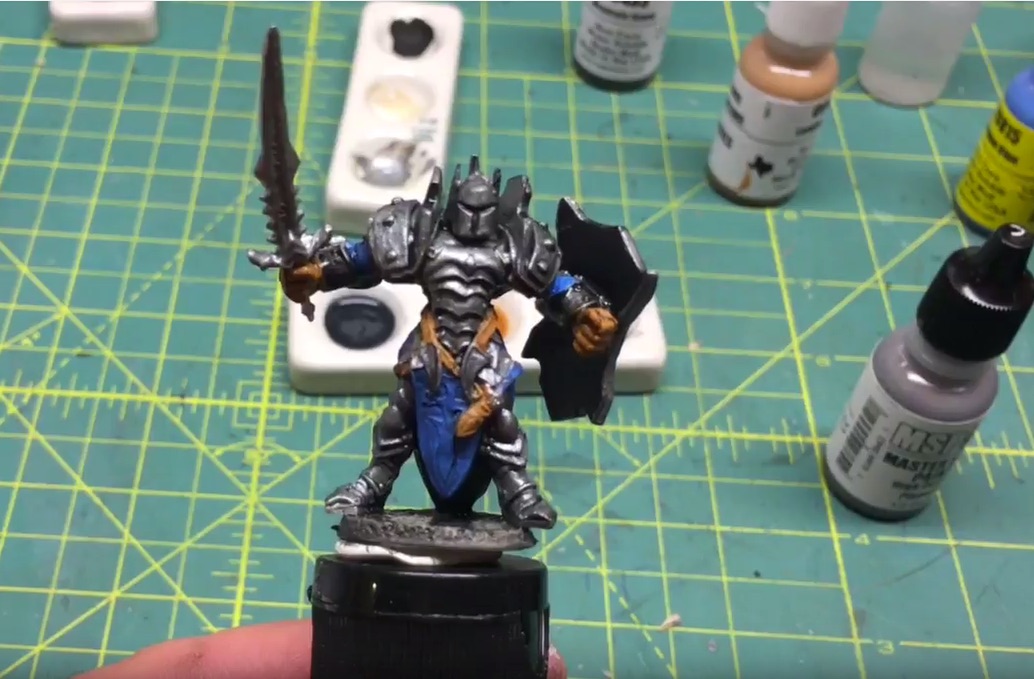 Many of us who play fantasy and sci-fi roleplaying and tabletop miniature games struggle with our ability to paint minis so that they look halfway decent on the table. Getting me to paint my minis is like getting 8-year-old me to eat his broccoli. I'm something of a perfectionist and I look at a lot of pro painted miniatures, in gaming magazines and online. My miniatures never look as good as what I see, so it's an effort for me to even bother. But also being a perfectionist, I wouldn't think of "gaming in the nude" (playing with unpainted miniatures). And so I press ahead, and try to do at least a little painting every night.

My pal, James Floyd Kelly, who I wrote about previously when he launched his new dungeon crafting channel, Game Terrain Engineering, was in a similar boat of not being happy with his painting chops. So, he decided to buy the Reaper Miniatures Learn To Paint Bones Kit and record a series of videos of him painting the three minis that come in the kit. It's really encouraging to watch the series and to see how much his painting improves over the three videos and three miniatures. Bolstered by that improvement, Jim plans on now getting the next kit in the series, the Layer Up Bones Miniatures Learn to Paint Kit and to paint (and hopefully document) those three miniatures.

Also: Here's a list of beginner painting tips that I ran into recently. These are all of the same tips that I share with people. I would also add great lighting. I just broke down and finally got one of those swing-arm magnifying florescent lights and it makes me feel like I've been painting in the dark up until now. Jimmi recommends a wet palette and I couldn't agree more, now that I finally have one of those. Thinning your paints and building up paint in layers makes a huge difference in achieving great results. A wet palette helps keep the paints properly thin for you. Here's the wet palette that I got, based on a friend's recommendation. I love it.