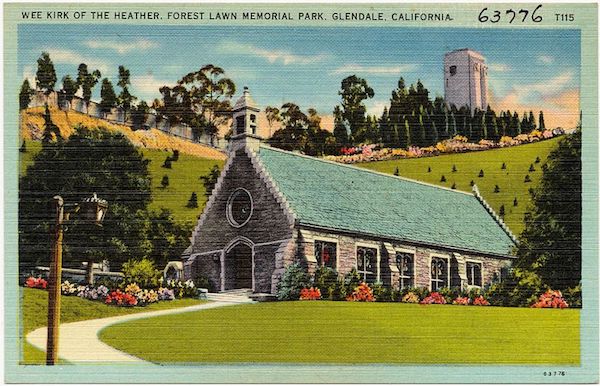 The original Forest Lawn Memorial Park, in the hills above Glendale, may be best known outside California for inspiring the sledgehammer satire of the 1965 cult comedy "The Loved One." For tourists and curiosity-seekers, it's the gonzo life's work of Hubert Eaton, who memorialized himself as The Builder in the park's every corner. For the families of the people interred there, though, it's something more, and harder to joke away: A place of their own, green and quiet, and eternity-adjacent.

This is the second episode of Season 5. You can catch up on the whole series at the iTunes Store. While you're there, please take a second to leave the show a rating and review. And you can subscribe right here: