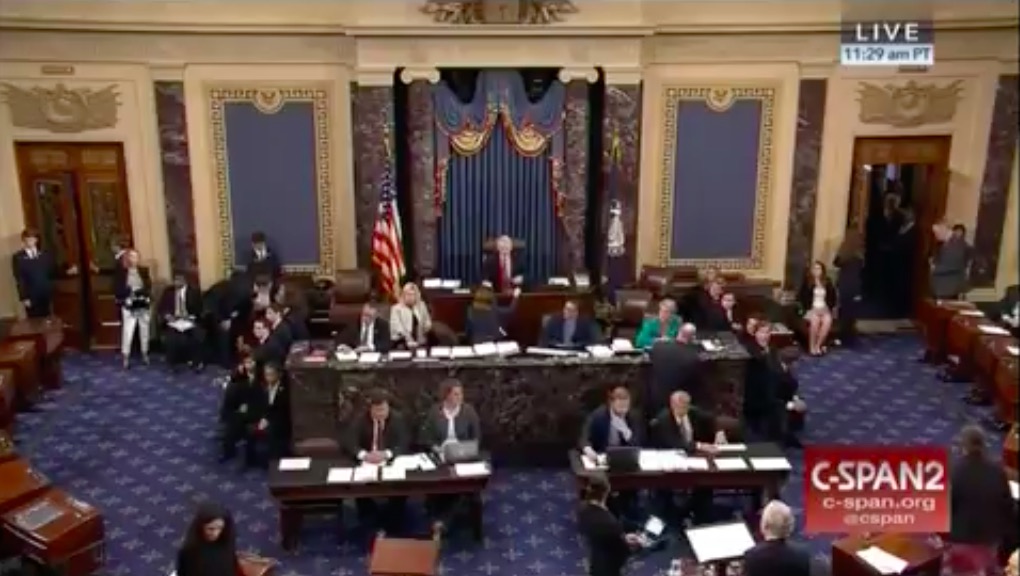 As Senators vote on proceeding to debate the secret Trump/GOP health care plan aka Obamacare repeal plan *they haven't even seen,* protesters in the senate chambers and outside shouted “Kill the bill, don't kill us.”

HuffPo politics reporter Jennifer Bendery said reporters on site are being told to delete their photos.

Protesters chant “Kill the bill! Don’t kill us!” in the Senate gallery as Senate votes on motion to proceed on health care pic.twitter.com/G4AvutgyfA

Protesters are chanting "Kill The Bill, Don't Kill Us" in the Senate pic.twitter.com/FbpLmGeHtE

Reporters blocked from Senate halls where protesters being arrested, shouting, "Kill the bill!" Being told, "no photos. Delete your photos."

About 10 protesters were handcuffed & removed from hallway outside Senate chamber. We were told it's a "crime scene" & not to take photos