American wages are so low, the robots don't want your job 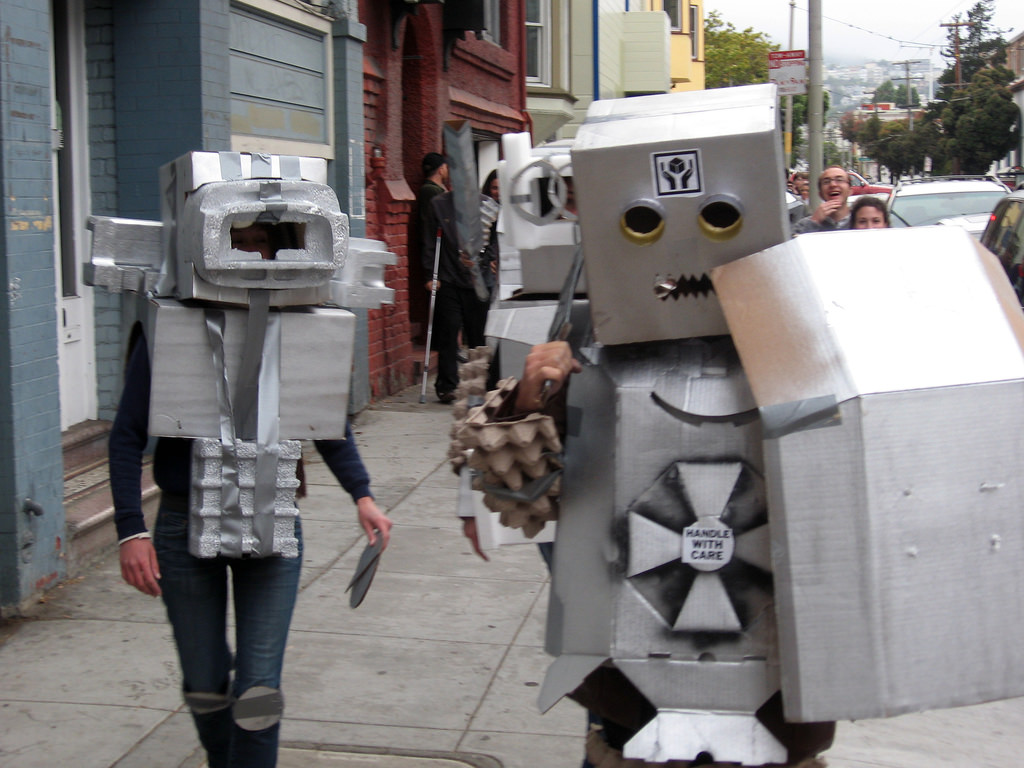 The American "productivity paradox": technology keeps marching, but the amount of profit generated by the average worker's average hour is stagnant.

The orthodox explanation for this "productivity slump" is that the really cool inventions haven't arrived yet, or maybe we just haven't figured out how to use the inventions we have.

But in What Recovery? The Case for Continued Expansionary Policy at the Fed, a new paper from the Roosevelt Institute, economist JW Mason argues that the real problem is that all economic growth is captured by the rich and super-rich, leaving poor people without any money to spend. This means that there's no demand for products (because poor people can't buy them and rich people don't buy enough extra paper towels or windex to made a difference) -- and since wages are so low, there's no reason for industrialists to invest in automation to replace expensive workers.

As the New York Times's Neil Irwin points out, this is not just a left-wing diagnosis -- the Hoover Institution and the American Enterprise Institute also recently published studies claiming that growth had been stymied by a lack of investment in automation.

Mr. Mason adds that this idea has some big implications for how to think about growth in worker compensation in the current economic environment. There has been a glaring contradiction around how much American workers’ wages can, or should, be rising.

“On Mondays and Wednesdays, economists argue that wages are low because robots are taking people’s jobs. On Tuesdays and Thursdays, it’s that we can’t have wages rise because productivity growth is low,” said Mr. Mason, an economist at John Jay College. “Both can’t be true.”

In other words, instead of worrying so much about robots taking away jobs, maybe we should worry more about wages being too low for the robots to even get a chance.

What Recovery? The Case for Continued Expansionary Policy at the Fed [J.W. Mason/Roosevelt Institute]