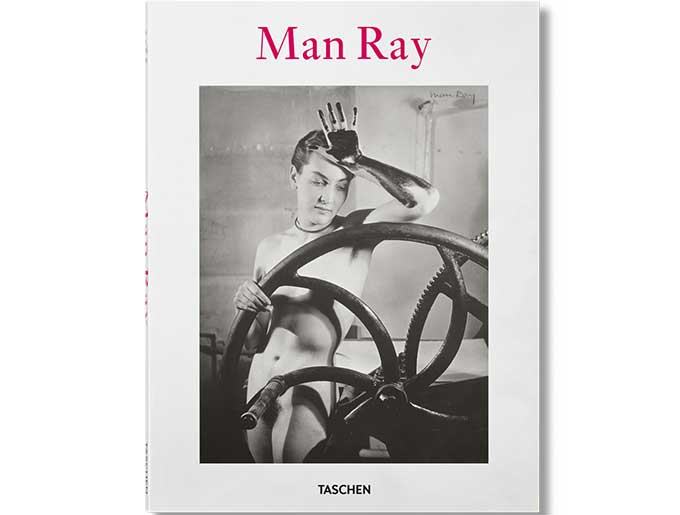 Minimalist and modern-sounding, Man Ray is the sort of name that seems as if it should be outlined in buzzing neon. Born Emmanuel Radnitzky in Philadelphia on August 27, 1890, the photographer and visual artist shortened his nickname, “Manny,” to Man, and after 1912 went by a less Jewish-sounding version of his surname in response to the anti-Semitism of the times.

It was an inspired choice. Man Ray sounds like a shaft of light in human form—a radiant man. “I have freed myself from the sticky medium of paint and am working directly with light itself,” the frustrated painter exulted, after discovering the technique that enabled him to produce Rayographs, as he called them—spooky, one-of-a-kind images created by placing objects on light-sensitive paper and exposing them to light, producing white silhouettes that glow eerily against a black background, like ectoplasmic manifestations in a Spiritualist photograph. “Everything can be transformed, deformed, and obliterated by light,” he said. “Its flexibility is precisely the same as the suppleness of the brush.”

Ray’s work is collected in a new book, Man Ray (part of Taschen’s Photo Masters series). A fellow traveler of the Dadaists and Surrealists, Ray (1890-1976) pioneered unconventional techniques that, married to his visual wit, evoke hidden realities. “By assembling a vocabulary of seldom-used darkroom techniques, he freed photography from its reputation for recording the observable world and used it to create images drawn from the imagination,” writes Katherine Ware in her essay “Chemist of Mysteries,” included in the book. In his alien still lives, Calla lilies give off a radioactive glow (a special effect produced by solarization, in which a print or a negative is exposed during its development, causing some darks to appear light, some lights to appear dark). He had an offhanded brilliance when it came to titles. An eggbeater, lit so it casts a shadow and photographed from an awkward angle, takes on a life of its own, especially when titled La Femme (“The Woman”).  In “Le Violon d’Ingres” (“The Violin of Ingres”), a pair of f-holes, painted onto a photo of a naked woman with her back to us, turns a run-of-the-mill nude into a sly, Duchampian pun. But it’s his Rayographs of everyday detritus—bottles, combs, toy guns—that open the door to another world. Surrealist X-rays, they expose the unconscious lives of inanimate objects.