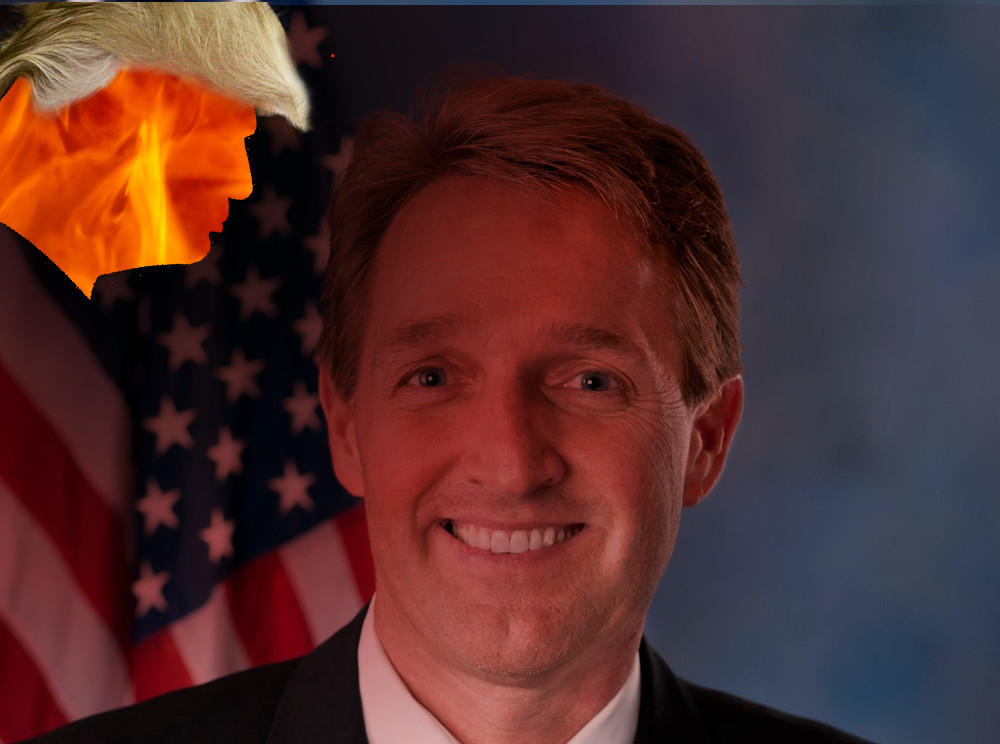 Writing in Politico, Jeff Flake -- the junior Republican Senator for Arizona -- writes that the Republican Party is "in denial" about the extent to which trumpism (and its precursor, which he says is was the obstructionist movement to block Obama's agenda) has destroyed the GOP's brand of conservatism.

He says that Congress exists in part to serve as a check against "an executive branch in chaos" and that since the Republicans control both houses of Congress, they have a duty to stand up to Donald Trump -- a duty they've failed to live up to.

He calls cooperation with Trump a "Faustian bargain" and says that any policy outcomes achieved under Trump would be a "Pyrrhic victory." He says that this is a continuation of the GOP's bad decisions under Obama, during which time they "were largely silent when the most egregious and sustained attacks on Obama’s legitimacy were leveled by marginal figures who would later be embraced and legitimized by far too many of us."

Flake is the Senator that Trump threatened during the disastrous peace meeting between GOP leaders and their new nominee in July 2016 (Trump threatened to scuttle Flake's reelection campaign, though Flake wasn't actually up for reelection).

Flake is also the man who is spearheading the move in Congress to dismantle Net Neutrality.

So, where should Republicans go from here? First, we shouldn’t hesitate to speak out if the president “plays to the base” in ways that damage the Republican Party’s ability to grow and speak to a larger audience. Second, Republicans need to take the long view when it comes to issues like free trade: Populist and protectionist policies might play well in the short term, but they handicap the country in the long term. Third, Republicans need to stand up for institutions and prerogatives, like the Senate filibuster, that have served us well for more than two centuries.

We have taken our “institutions conducive to freedom,” as Goldwater put it, for granted as we have engaged in one of the more reckless periods of politics in our history. In 2017, we seem to have lost our appreciation for just how hard won and vulnerable those institutions are.

My Party Is in Denial About Donald Trump
[Jeff Flake/Politico]