In the Writers' Room, Creating a Scaramucci 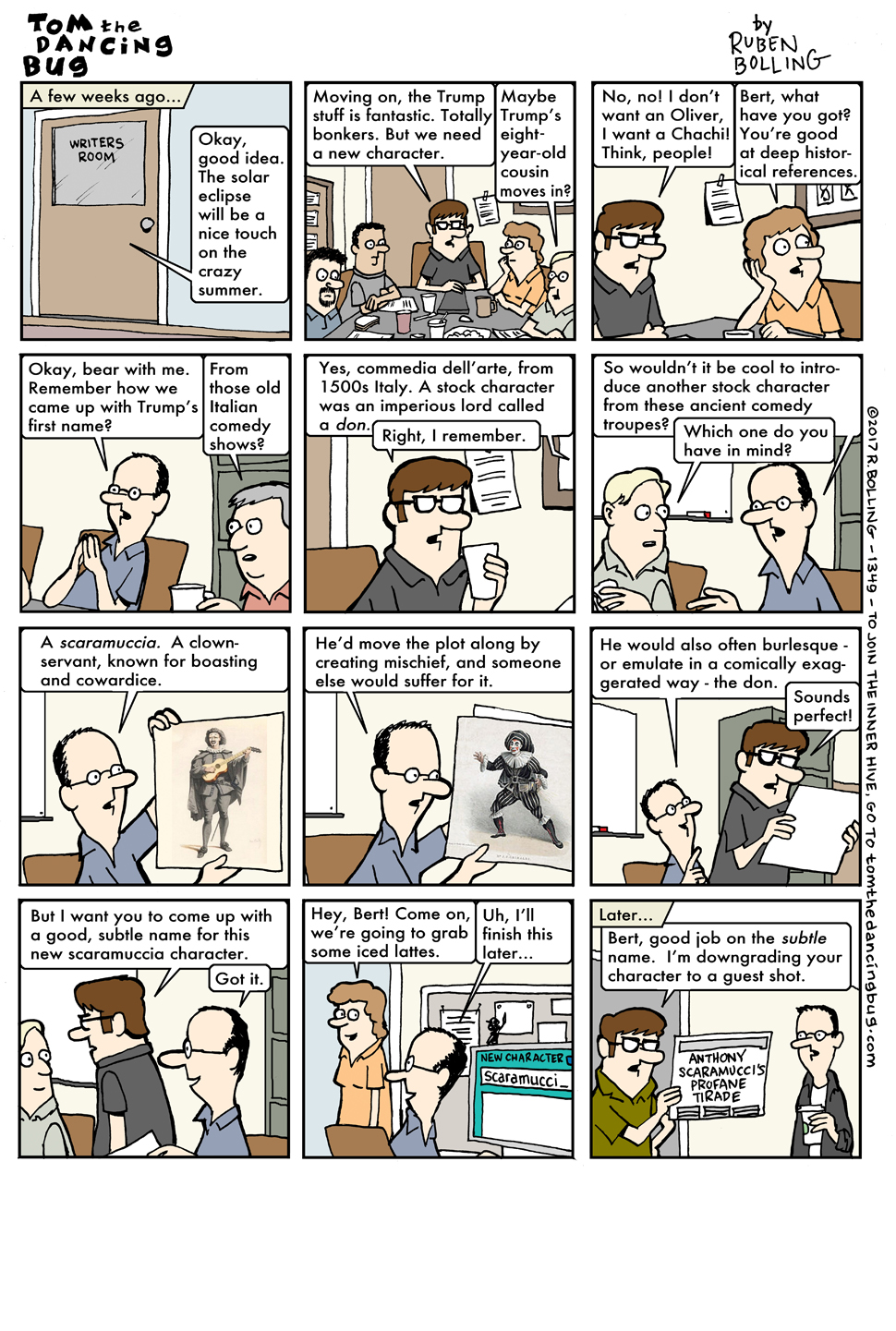 Tom the Dancing Bug, IN WHICH our universe's writers' room comes up with a new hilariously improbable character based on a historical stock character, a Scaramucci!