Trump says Boy Scout leader called him about his 'greatest speech.' Boy Scouts say there was no call 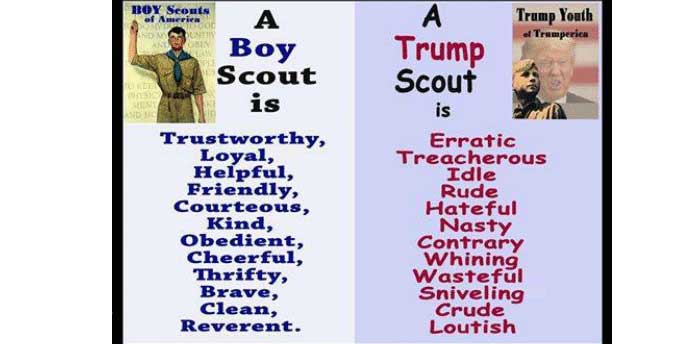 Trump gave a weirdly inappropriate, politically-laden speech to tens of thousands of Boy Scouts last week. Afterwards, the Head of the Boy Scouts gave a public apology, saying, "We sincerely regret that politics were inserted into the Scouting program."

But in a Wall Street Journal interview, Trump said "I got a call from the head of the Boy Scouts saying it was the greatest speech that was ever made to them, and they were very thankful.”

“The Chief Scout Executive’s message to the Scouting community speaks for itself,” the organization said, referring to a July 27 statement from Michael Surbaugh, the Chief Scout Executive for the Boy Scouts of America, who apologized to anyone in the scouting community who could have been offended or alarmed by the political rhetoric in the speech.