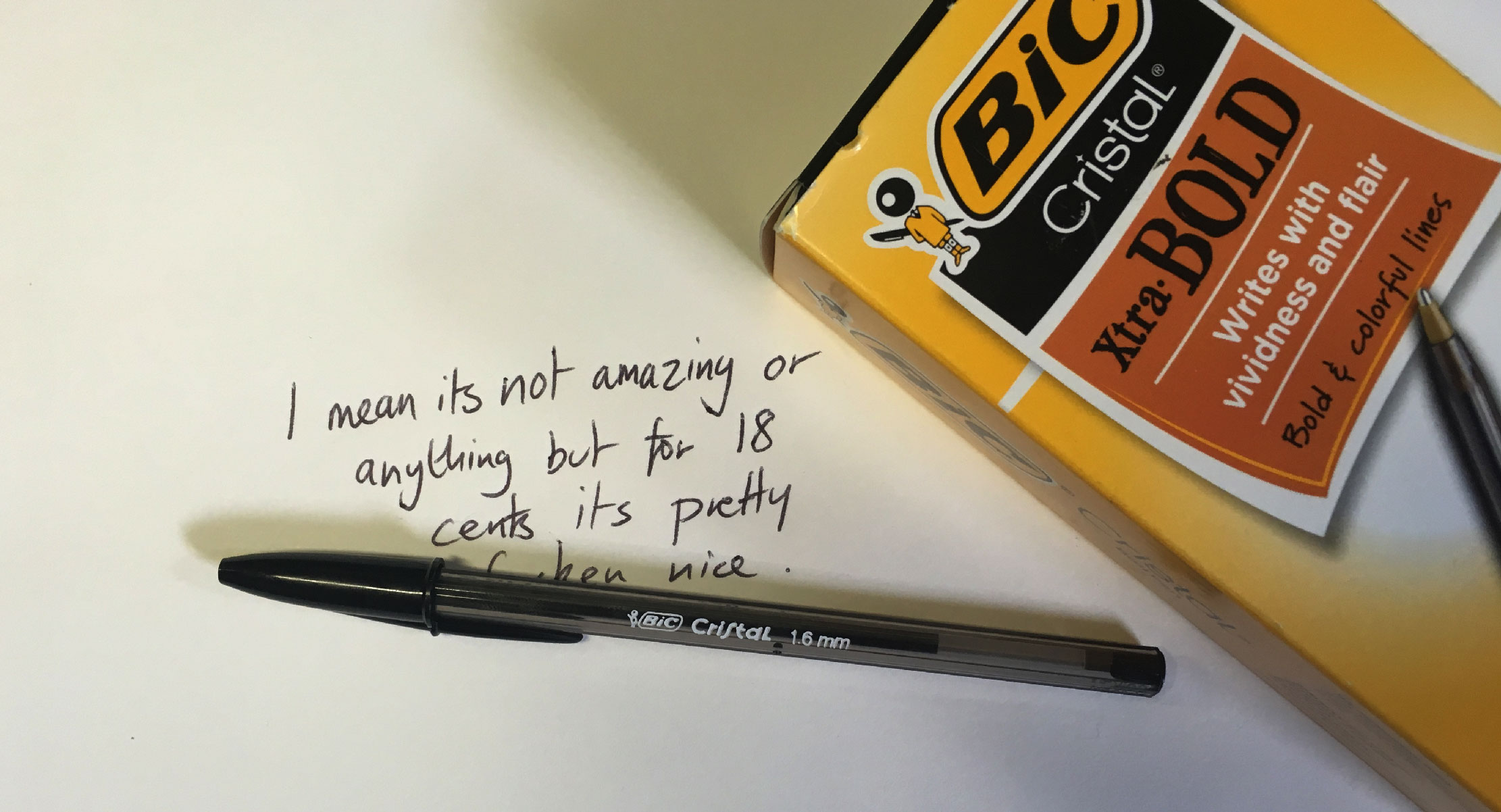 I've always hated Bic's cheap Cristal ballpoint pens as much as I've wanted to love them. An iconic example of 20th-century design genius, they are unreliable, ubiquitous, and produce a nasty debossed line even when they work. But look, everyone: they fixed it. Bic's Cristal Smooth and Xtra Bold ballpoints look exactly like the standard ones, still cost mere pennies, but produce far superior, fluid, fluent lines. They live dead center in the Venn giagram of cheap, good and minimal.

I'd picked one up unawares from someone else's desk and gotten about three sentences in before I paused and thought "Hey, this is weird. This a nice pen." I sat in quiet cognitive dissonance for a while, staring mutely at what appeared to be a standard crappy Bic Cristal. Writing more words, this time with a deliberate, eyes-narrowed scrutiny, my first impression was confirmed, just as my skeptical devil piped up with "but I bet it's at least a dollar for each one."

No! 18 cents! Those bold ones are my favorite, you should go buy a box right now. [Amazon]

P.S. They taste exactly the same as the original Bic Crystal, but I haven't tried drinking the ink yet.