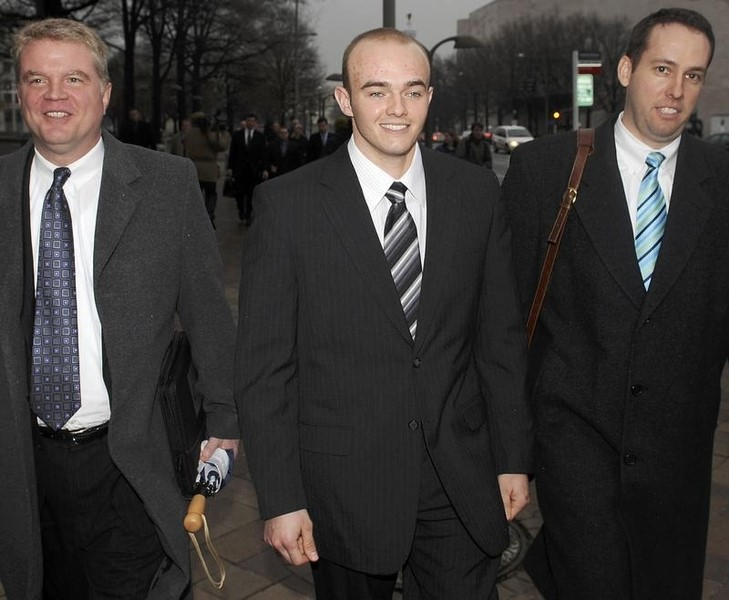 No word from the Justice Department, or lawyers for the defendants.

The mass killing at a traffic circle in Iraq's capital city on Sept. 16, 2007 was notable for its sheer brutality, and brought into focus concerns over the growing number of private military contractors working alongside U.S. military forces in Iraq and other mideast war zones.

Erik Prince, the founder and chief of the many-times-renamed firm at the center of this story, is now advising President Donald Trump's regime on how to further privatize American military operations overseas.

We'll always have the Seychelles.

In the Reuters photo above from September 20, 2007, one of the people who was wounded the Blackwater shooting attack is helped by his relatives in a hospital in Baghdad, Iraqi Prime Minister Nuri al-Maliki at the time said the U.S. embassy should stop using American security firm Blackwater after the deadly shooting, saying he would not allow Iraqis to be killed in "cold blood".

PHOTO, TOP: Blackwater Worldwide security guard Nick Slatten (C) and attorneys leave the federal courthouse after being arraigned with 4 fellow Blackwater guards on manslaughter charges for killing unarmed civilians in a 2007 shooting in Baghdad, in Washington in this January 6, 2009 file photo. (Reuters)