How Americans got so weird about science 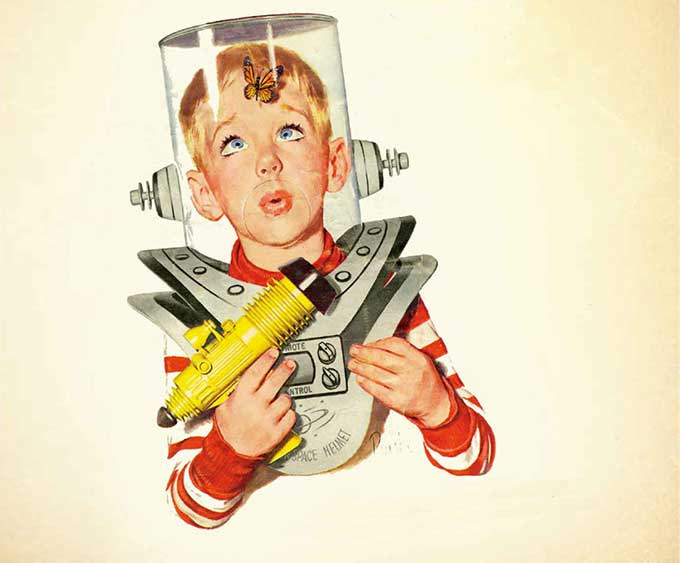 Why is it so hard for so many Americans to get their heads around the science behind climate change? Well, according to Rebecca Onion, it may be because of the way we have historically applauded little boys for their interest in physics and chemistry, but view these same little boys with a certain amount of suspicion when they grow up to be actual scientists, many of whom have been depicted in popular culture as "mad" and—wait for it—Russian. Over at Collectors Weekly, Lisa Hix spoke to Onion about her recent book, Innocent Experiments: Childhood and the Culture of Popular Science in the United States.

After World War II, Americans embraced the bounty of wartime scientific advances and a thriving economy: They now had cheap goods made out of high-tech plastic, streamlined appliances, and home TV sets. But they were also haunted by the specters of the A-bomb and the H-bomb. The burgeoning Cold War with the U.S.S.R. raised fears that workaholic Soviet scientists, laboring relentlessly under Communism, were making progress faster than American scientists, a competition that played out in the Space Race. Mainstream American pop culture attempted to assure people with images of the perfect suburban family defeating Communism through consumerism. However, American B-movies, comics, and pulp fiction were overrun with evil robots, monsters from space, radioactive mutants—and “mad scientists.” All of this affected how Americans regarded scientific education.

“The fears spiked in Postwar America at particular moments,” Onion says. “When Sputnik became the first spacecraft launched into orbit in 1957, Americans panicked, like, ‘Oh my God, the Soviets have it over us. Whatever the great powers of science and technology are, they’re better at them.’ That launch created a lot of apprehension and fear that kids absorbed and processed. Tons of postwar popular culture addressed that combination of wonder and fear, especially about nuclear technology and space travel.”

Bleach injections and tanning beds as treatments. The false link between 5G and COVID-19. This onslaught of bullshit claims and quackery around COVID-19 is an “infodemic,” as the World Health Organization says. In the science journal Nature, University of Alberta law professor Timothy Caulfield, the Canada research chair in health law and policy, explains why […]

Watch Mr. Wizard explain how to draw on a computer (1985)

In 1983, I wanted a light pen for my Apple IIe so badly that I built one from plans in this issue of Byte magazine. Mr. Wizard’s light pen works better than mine ever did though. (Thanks UPSO!)

Our friends at Backyard Brains (makers of the Spikerbox and the Remote Control Cockroach kits) have been studying Venus Fly Traps lately. They have developed a new product called the Plant SpikerShield Bundle to measure the action potentials generated by plant cells. Experiment: Yes, Electricity in Plants