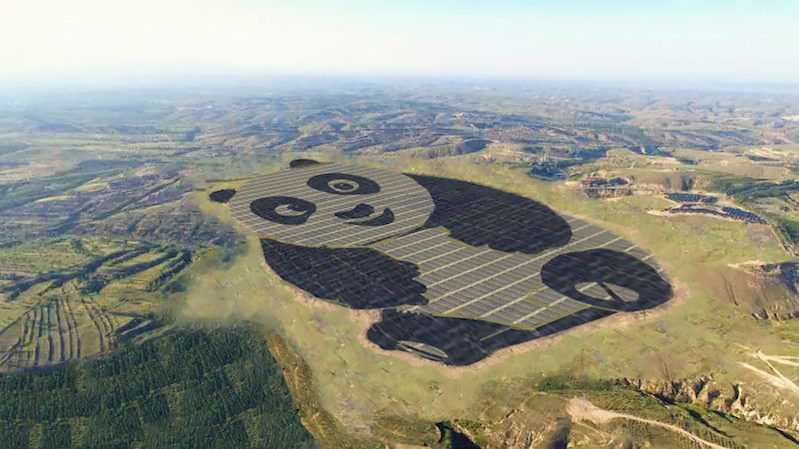 They already connected a 50 MW solar array to the grid and have more planned. Via Inhabitat:

The black parts of the panda, such as the ears and arms, will be comprised of monocrystalline silicone solar cells, with the grey and white tummy and face composed of thin film solar cells. Panda Green Energy plans to install more panda plants in the upcoming five years as part of their Panda 100 Program in Belt and Road areas, which are part of Chinese president Xi Jinping’s economic development strategy also known as the 21st-century Maritime Silk Road. As the strategy is targeted at cooperation among Eurasian countries, some of the panda plants could be built outside China.