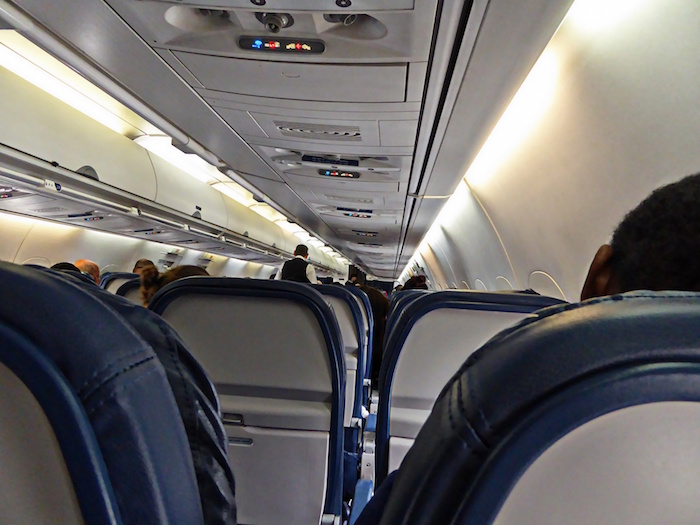 People are 113 times more likely to catch a cold when they're on an airplane, according to a 2004 study in the Journal of Environmental Health Research. Why? Because the inside of a plane is a cesspool of germs, that's why.

Although anything you touch inside a plane can potentially be a direct route to a cold, Time gives us the top five nastiest areas that you'll want to wipe down before you get near them.

1. Tray tables – Sorry to tell you this, but the tray table that comes down from the seat in front of you has "eight times the amount of bacteria per square inch than the lavatory flush buttons," according to Time. That's eight times more germy than your toilet seat at home.

2. Air vents and seat buckles – Again, sorry to tell you this, but there is more bacteria on air vent dials than on the plane toilet flush buttons.

4. Seatback pockets – People treat these pockets like trash cans, and crews don't clean them well after every flight. Germs can live in these seat pockets for up to seven days. Yuck.

5. Aisle seat – It's very common for anyone going in and out of their seat row to touch the top of the first seat in an aisle. And this puts passengers "in the line of fire of any communicable viruses that could break out on the plane."