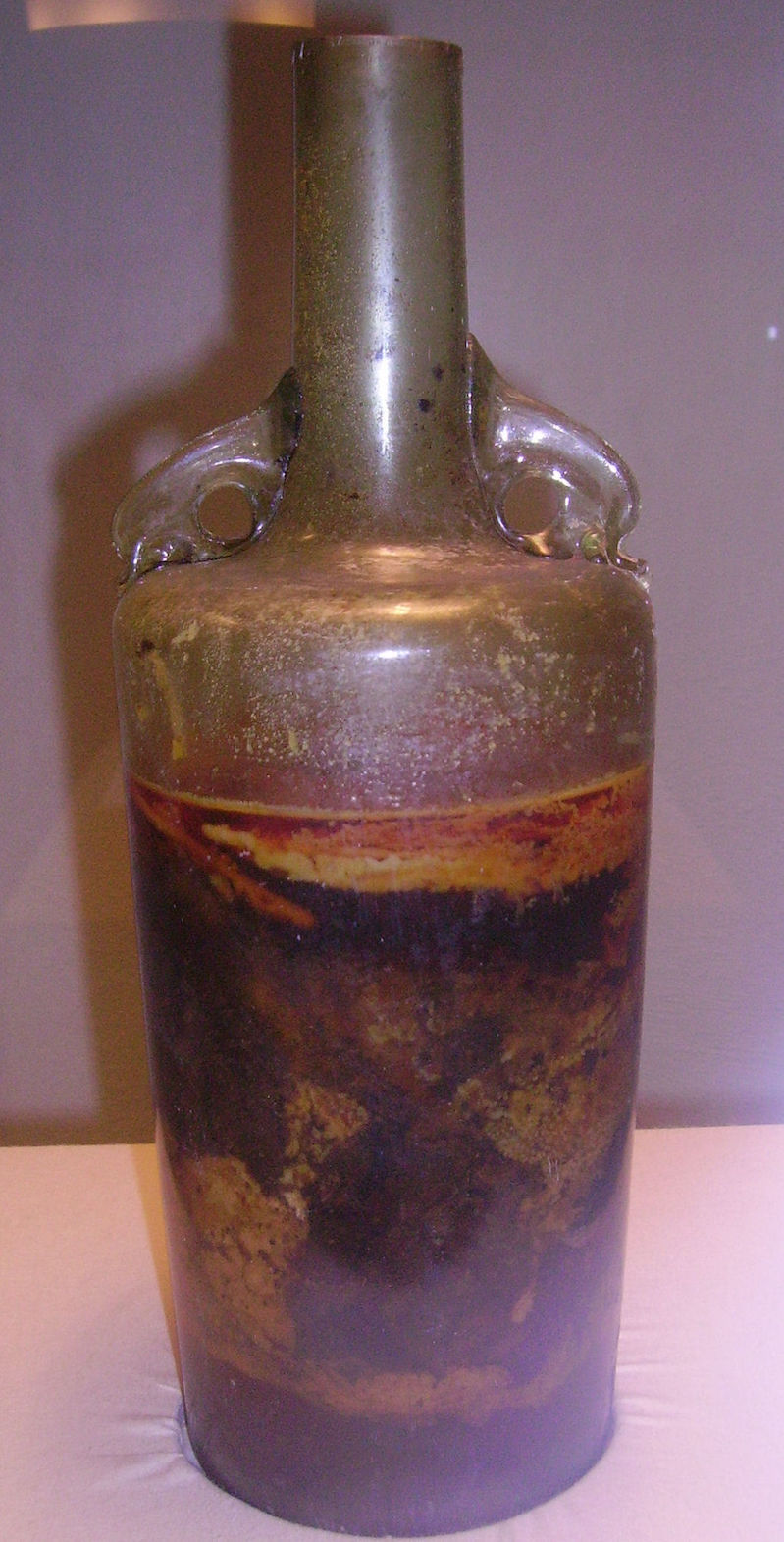 Josh Jones at Open Culture looks at the Speyer wine bottle, the oldest (and possibly grossest) unopened bottle of wine.

I'm no sommelier, but it looks as if it turned. Via Jones:

A 1.5 liter “glass vessel with amphora-like sturdy shoulders” in the shape of dolphins, the bottle is of no use to its owner, but no one is certain what would happen to the liquid if it were exposed to air, so it stays sealed, its thick stopper of wax and olive oil maintaining an impressively hermetic environment. Scientists can only speculate that the liquid inside has probably lost most of its ethanol content. But the bottle still contains a good amount of wine, “diluted with a mix of various herbs.”

The Römerwein resides at the Historical Museum of the Palatinate in Speyer, which seems like an incredibly fascinating place if you happen to be passing through. You won’t get to taste ancient Roman wine there, but you may, perhaps, if you travel to the University of Catania in Sicily where in 2013, scientists recreated ancient wine-making techniques, set up a vineyard, and followed the old ways to the letter, using wooden tools and strips of cane to tie their vines.

• The Oldest Unopened Bottle of Wine in the World (Circa 350 AD) (Open Culture, h/t MMM)