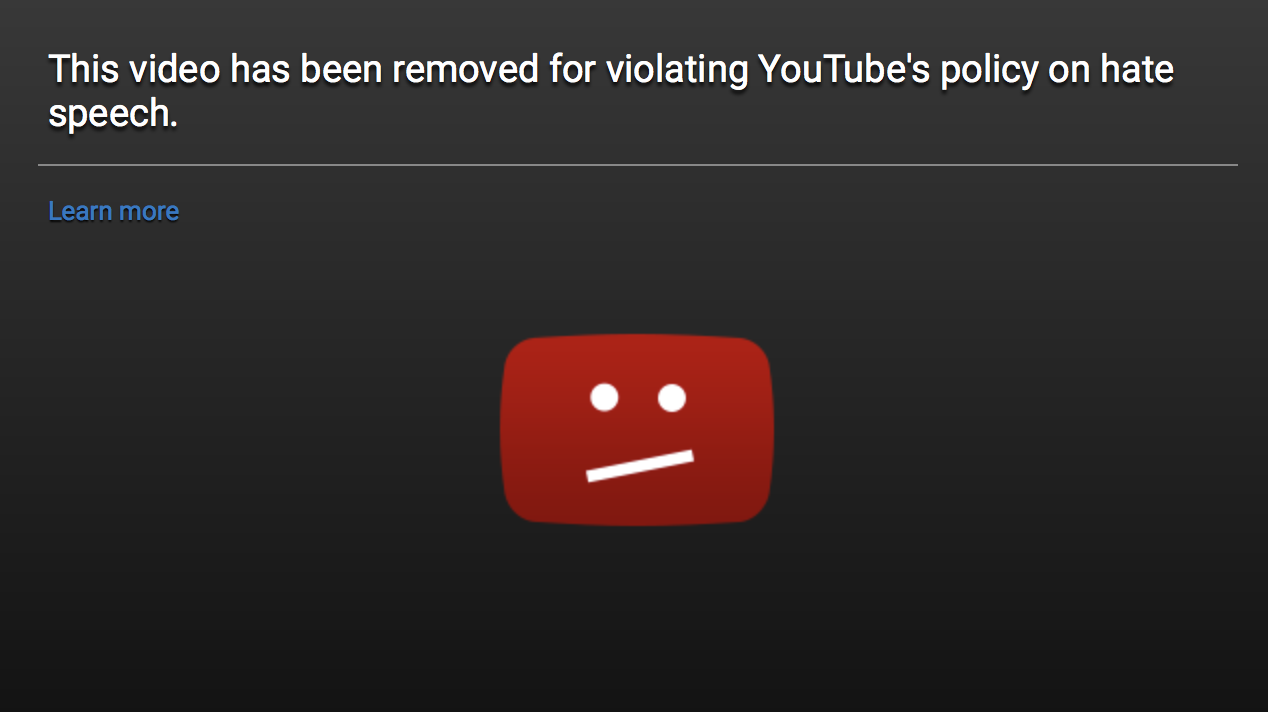 It was there yesterday, but it isn't there today — the best YouTube cut of the U.S. Army demolishing symbols of Nazi oppression went viral following the Charlottesville white supremacist rally, then went into the memory hole. Perhaps some algorithmic process took it down, triggered by complaints. Fortunately, there are other copies on the service, though the quality is poor:

Hopefully this will be rectified. If you can fire a sexist human, Google, you can fix a Nazi algorithm.