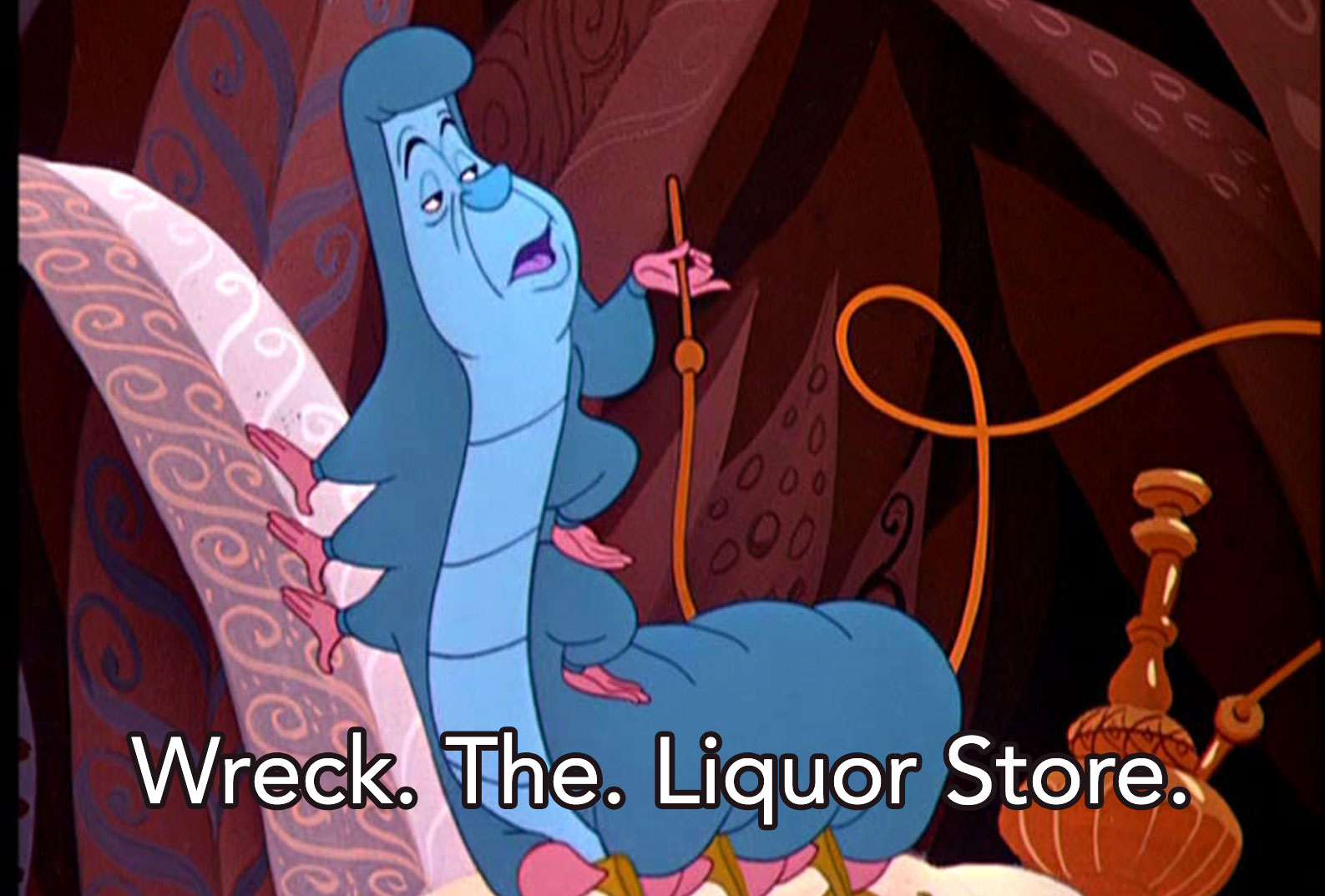 A 32-year old man from Freeport, Florida, is in custody after a weekend rampage at the liquor store. But this was a liquor store rampage with a difference, reports WKRG: it was under construction, and he inflicted $100,000 damage with a forklift left on-site.

According to police, Jones allegedly broke into the fenced-in construction site on the north side of the Ferdon Boulevard South using a JCB extendable forklift parked at the job site.

The building under construction was destroyed. Additionally, the suspect damaged a city fire hydrant and a 2-inch water meter worth about $3,200. ... When Crestview Police Officers arrived on scene, Jones aimed the forklift toward officers. The officers stopped Jones at gunpoint and were able to detain him.

Jones stated his name was “Alice Wonderland and he was told to commit the offenses by a hookah-smoking caterpillar.”