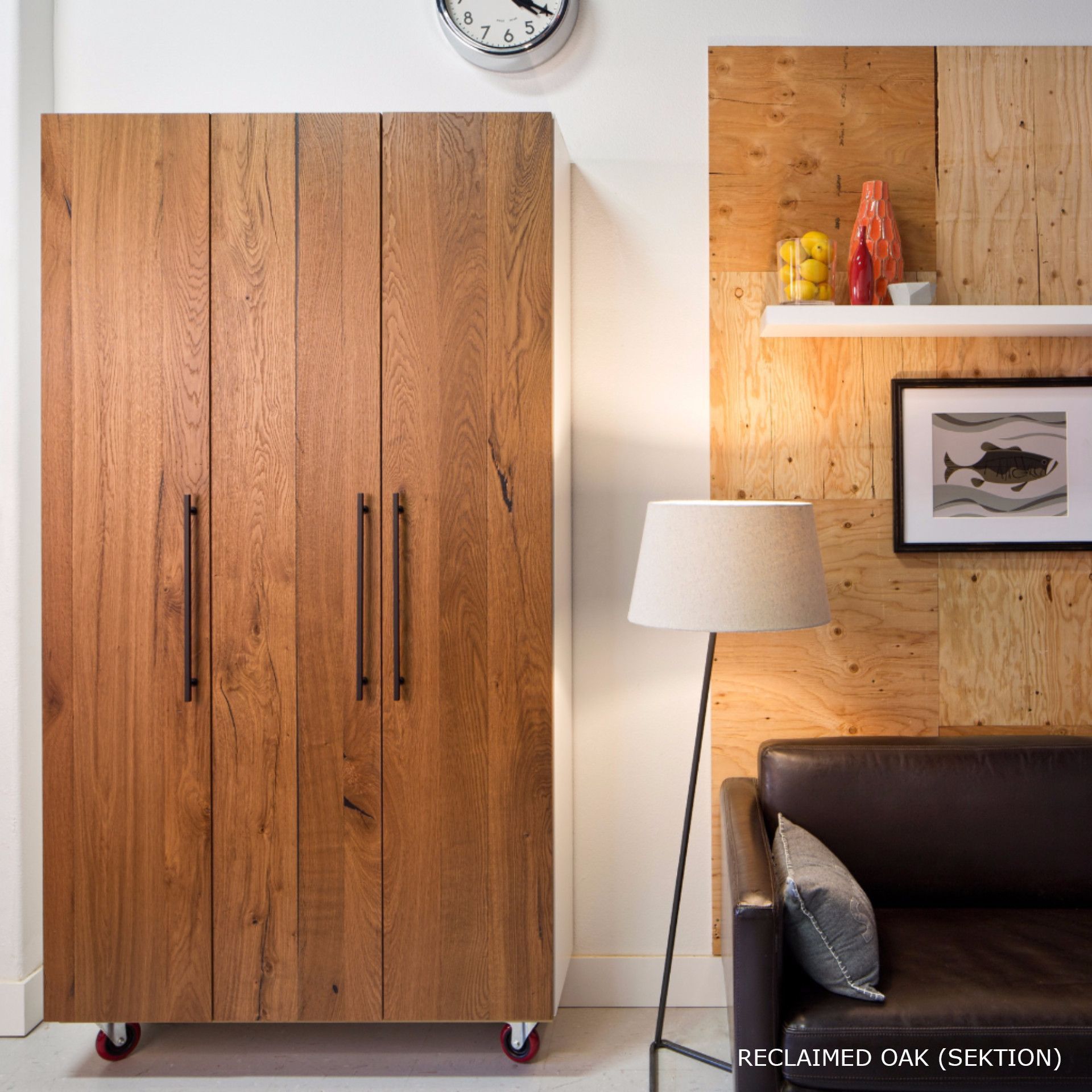 Semihandmade started out as a Los Angeles cabinetmaker called "Handmade," but when they got a commission to design aftermarket doors for a cheap and surprisingly robust set of Ikea kitchen cabinets, they realized that they could supply excellent-looking, high-spec kitchens at a tiny price by just manufacturing replacement doors for Ikea's ubiquitous cabinetry.

I happened on the company's showroom this weekend in Palm Springs and was blown away by the quality and aesthetic properties of the doors, which are made from a variety of materials, including some great molded fiberglass pieces that were really kick-ass. The company also sells aftermarket wheels, legs, and other hardware that can transform the identikit Ikea staples into striking and pleasing home furnishings. They've expanded beyond kitchens into bathrooms, bookcases and other furnishings.

It's a great way to capitalize on the economies of scale that Ikea gets in designing its hardware without subjecting yourself to the compromises it makes on finishes and materials for the exteriors.