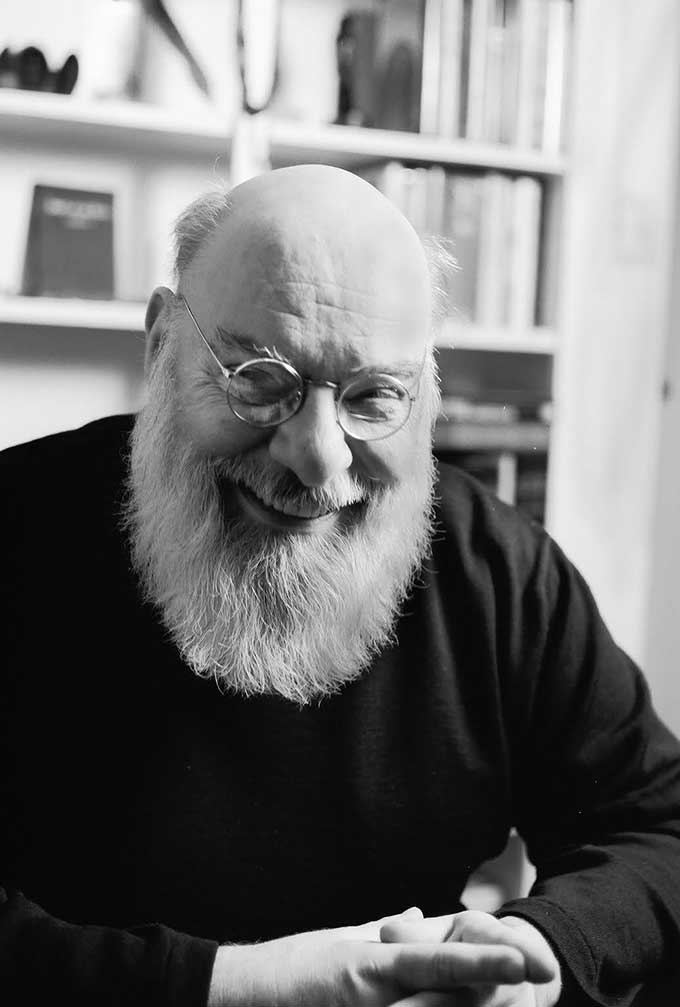 The whole magic community mourns the passing of Eugene Burger, at age 78. One of the most influential magicians of the 20th century, as well as an exceptional human being, he will be sorely missed by a vast network of loving friends, students and fans all the world over.

The impact of Eugene's contribution to the art of magic is preeminent. His massive body of work shifted the consciousness of magicians, opening doors to new exciting realms of theatrical and artistic expressions of magic.

Eugene’s life was a perfect blend of the active and contemplative: a master performer, he worked in the most prestigious international venues, receiving the highest accolades from the industry and his peers. His magic was strong, infused with wit and humor, a warm and infectious laugh, and gentle kindness. Just being in his presence produced joy and pure delight. Along with his performing career, he was an esteemed philosopher with a divinity college background at Yale University. A gifted writer, a sharp thinker, an enchanting storyteller, an encouraging and generous teacher who left a deep mark in countless students' lives.

Some of Eugene's most important musings revolved around magic's relevance as an art form, and the role of the magician in present times.

Why is it, that society seems to need magicians to enlighten them? Why didn't Steven Spielberg wipe the magician off the face of the planet? Because what he can do on a screen is far more fabulous than what I can do at a table. But it didn't happen. Maybe there is something in us, as human beings, maybe the human heart cries out for magic. (1)

Eugene was convinced that magic could still be relevant for a modern, disenchanted, hyper-rational audience. Reframed in intelligent ways, magic could become a tool capable of offering memorable and, in some cases, even transformative experiences. Having a profound interest for the power of symbols and stories as transforming agents in human life, Eugene suggested that:

In the deepest sense (...) an experience of magic involves a mental linkage between the magic trick that is being performed and other emotional concepts, experiences, dreams, hopes, ambitions, fears, nightmares, and more. Perhaps the linkage is to archetypes and magical symbols present in the Unconscious, as Jung suggested - these powerful mental images, found especially in our dreams, that are our links to the magical universe of enchantment, symbol and myth. (2)

Building on that, "Conjuring at its best functions symbolically to awaken us to another realm of experience: the magical dimension that points us toward the Mystery that lies behind and beyond all experience." (3) That's what Eugene sought to celebrate: the notion that life itself has inherent magical qualities, filled with surprise, wonder and astonishment for those whose hearts and minds are open to receive them.

The Magic and Mystery School Legacy

In his last years Eugene led a kind of movement to reinvigorate symbolic consciousness into the magic community. Together with Abigail Spinner, Jeff McBride and Larry Hass, he was a driving force behind the Magic and Mystery School in Las Vegas, presently the most important school for serious students of magic. Designed as a safe space where magicians can reflect on important questions about the art of magic and their involvement with it, the School has no interest in advocating a particular philosophy. Students are invited to make decisions based on their own experiences and values, thereby taking their own magic in a more individual direction.

Interviewed by Erik Davis and Maja D'Aoust, Eugene articulated some thoughts on his personal approach to magic:

"I think there are a lot of ways to skinning the cat, as it were... I'm not going to presume that my way is the best way, it's just the way I happen to be in at the moment. I'm not going to say this is the only way to approach magic. If you just approach magic as entertainment, fun, isn't-this-silly-and-goofy, that's a valid response — and for some people that's all they get out of it, or it's that only what they are able to bring to it (...) For myself, I believe that all human behavior is representational and so magic is representational too, and points beyond itself to meanings." (4)

I don't feel I'm just part of the entertainment business. I think there's something deeper going on here. That magic is a deep and profound and wonderful art. (5)

Into the Big Mystery

Eugene embraced the terminal phase of his life with his usual grace, clarity, humor, peace of mind. He was unfettered and ready to meet with the ultimate capital M Mystery of life: “For the end is something that we must all confront. . .when we accept the end, we find that it signals the birth of a new beginning.” (6)

It seems appropriate to quote one of Eugene's favorite death-and-resurrection myths (that he often used as the closing of his show): At the end of time, the God Shiva appears and dances the Tandava dance, a weird and terrible dance of fire, in which the entire material universe is destroyed. And the universe is no more. There is only silence, vast cosmic sleep. And out of this cosmic sleep, the God Brahma wakens himself, looks around and seeing nothing, nothing lovely or beautiful, he decides to create the universe once more. And creating it, he retires, pleased with his eternal play.

And so, until the day Brahma reawakens and recreates the universe anew, Eugene will sleep the cosmic sleep. But his Spirit will live in the hearts of those who loved him, and in the performances of the magicians he inspired — gleefully pleased with his eternal play.