Free video course taught by astronomer: The Sun and the Total Eclipse of August 2017 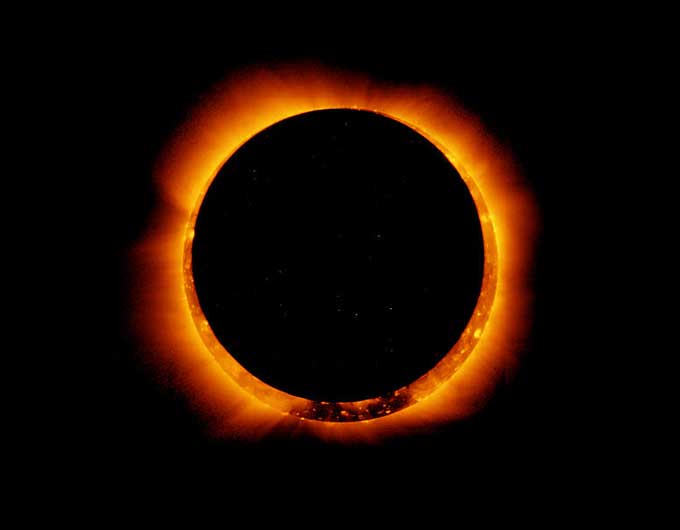 This is neat: "A free, one-hour online class anyone can take to learn everything they need to know about the eclipse. It's part of a real college course at University of Colorado, Boulder taught by Prof. Douglas Duncan, a professional astronomer and director of the Fiske Planetarium."

A total eclipse is one of the most spectacular sights you can ever see! It looks like the end of the world may be at hand. There is a black hole in the sky where the sun should be. Pink flames of solar prominences and long silver streamers of the sun's corona stretch across the sky. It gets cold, and animals do strange things. People scream and shout and cheer, and remember the experience their whole life. But total eclipses are important scientifically as well. They let us see parts of the sun's atmosphere that are otherwise invisible. A total eclipse presented the first chance to test Einstein's prediction that matter can bend space – like near a black hole. The best total eclipse in the United States in 40 years happens August 21st, 2017.

This course has two primary goals:

If you are most interested in preparing for the eclipse, you can hop right into Week 5! If you want the full course experience, and to get some fun scientific context for what you'll be seeing on August 21st, start with Week 1 and move through the course week by week!

[Note: if you start with Week 1, you can skip through some of the repeated material once you get to Week 5.]

Overall this course will prepare you to…

* Review fundamental sun science, including the physics of light, how astronomers study the sun, how it formed, how we know what's inside it, and where the energy that supports life on earth is generated

NASA has funded a new research collaborative research effort between Harvard, the Smithsonian Institutions, and the University of Rochester to search for extraterrestrial intelligence (SETI). This is the first NASA grant for SETI in three decades and the first ever to search for signs of ET that aren't radio transmissions. Instead, the scientists will look […]