Creepiest detail in Trump's 'both sides' and 'alt left' off-the-rails presser? 'Us' vs 'them.' 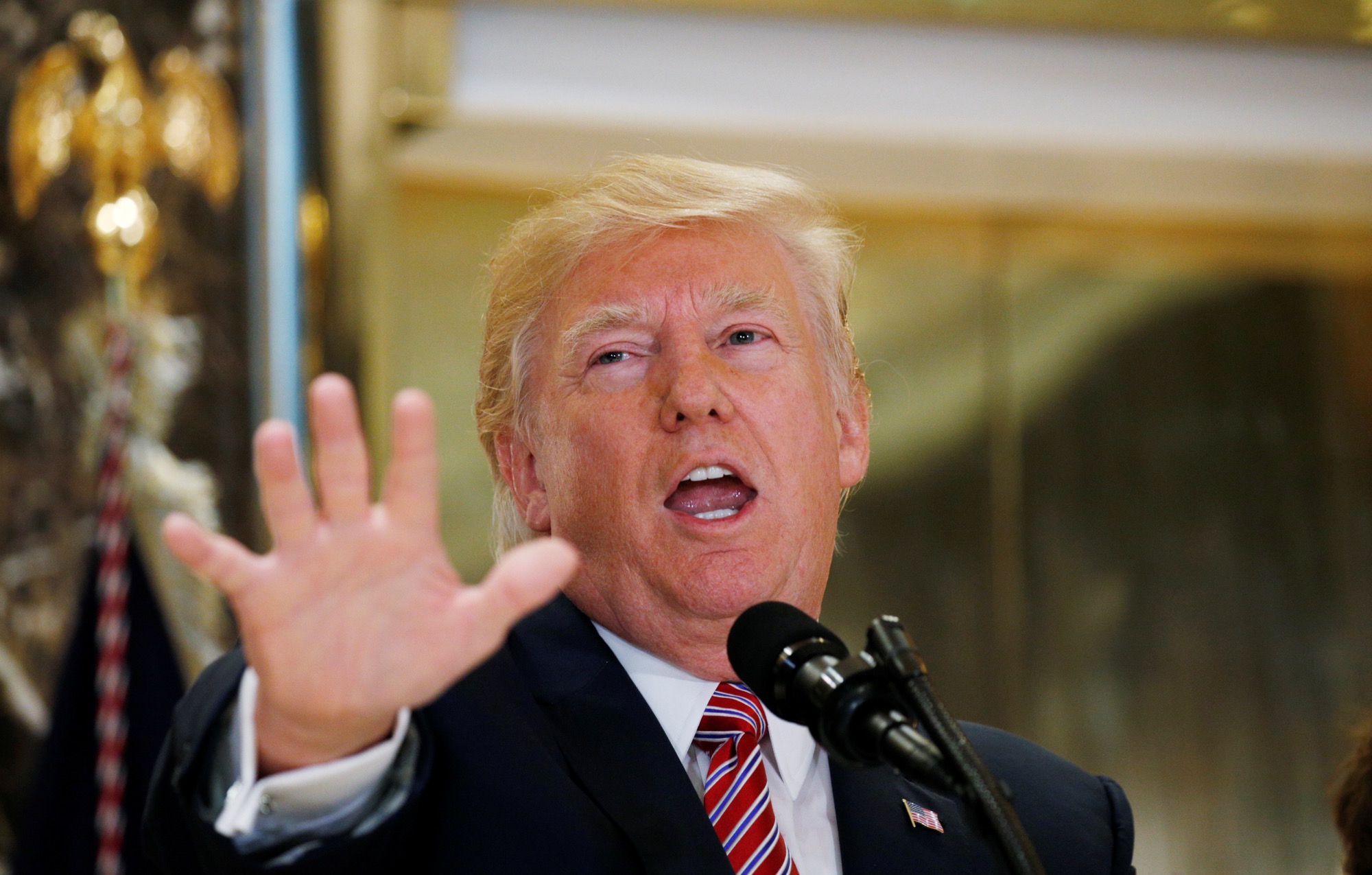 "Okay, what about the alt-left that came charging at us.”

“Us,” President Donald Trump said today, referring to the Nazis, 3-percenters, self-described fascists, and KKK affiliated white supremacists at this weekend's Charlottesville rally, where a woman was murdered by a Trump supporter.

A moment later, Trump corrected his Freudian slip to “them.” But really, come on, you know he meant “us.”

A detail most of us missed in the wacky, unscripted Donald Trump press conference earlier today.

Just noticed the use of "us" in this transcript. "Okay, what about the alt-left that came charging at us." https://t.co/mxYNzzMGSi

John Kelly during the President's Q and A at Trump Tower pic.twitter.com/vxR3hTUqe3

PHOTO: President Donald Trump answers questions about his responses to the violence, injuries and deaths at the "Unite the Right" rally in Charlottesville as he talks to the media in the lobby of Trump Tower in Manhattan, New York, U.S., August 15, 2017. REUTERS/Kevin Lamarque