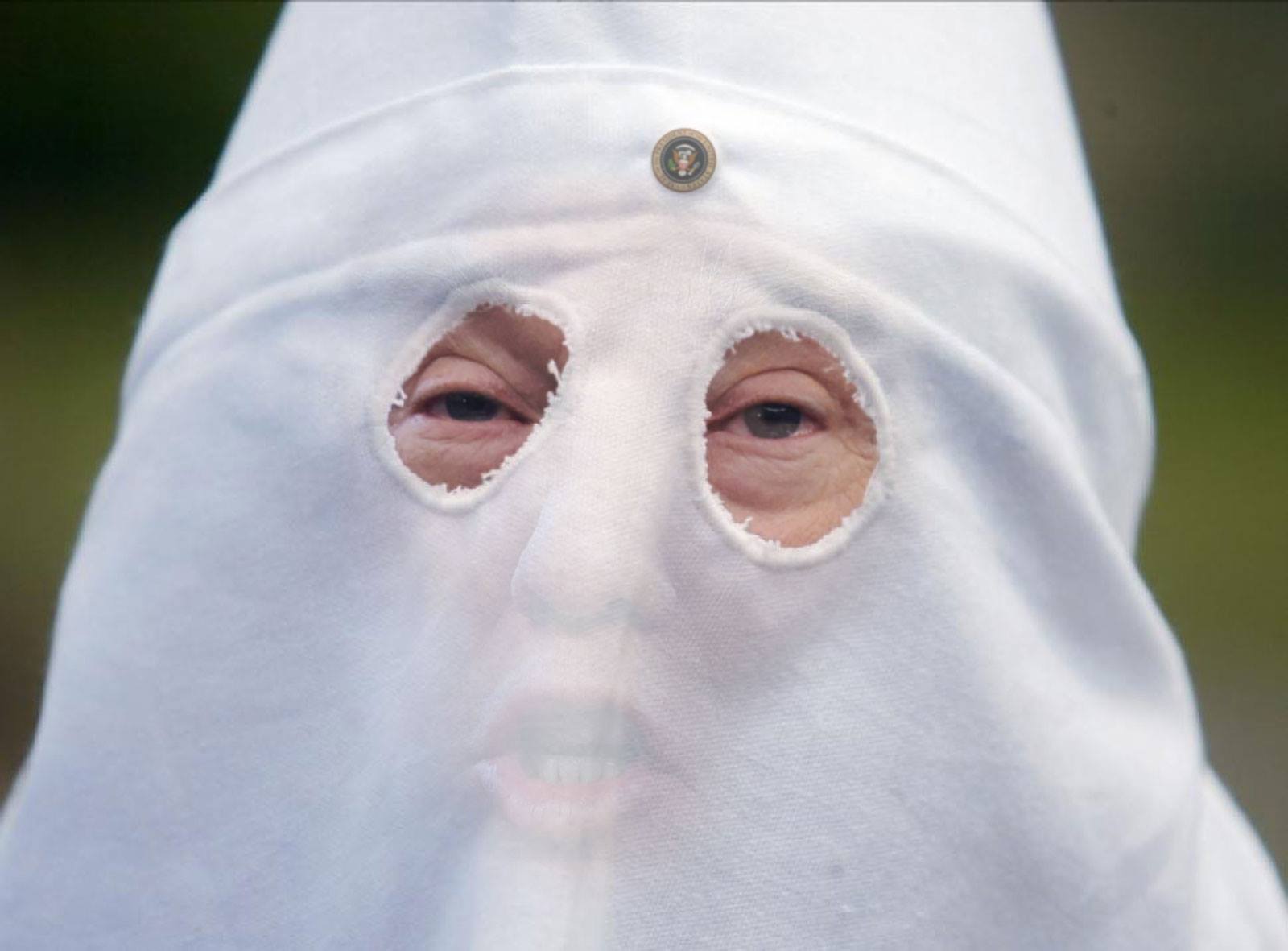 The President of the United States has spent the last 24 hours creating some sort of moral equivalency between hate-mongers and those there to protest hate. In doing so, he has handed these white supremacists and neo-Nazis exactly what they want: Cover for their hate-filled rhetoric. Make no mistake: For the bigots and supremacists who gathered in Charlottesville, what Trump said on Saturday and again yesterday marks a major win, a success in their efforts to push their venomous views into the mainstream.

But this is not a surprise. He's been like this as long as he's been a public figure: Donald Trump Has Been a Racist All His Life — And He Isn’t Going to Change After Charlottesville

Consider the first time the president’s name appeared on the front page of the New York Times, more than 40 years ago. “Major Landlord Accused of Antiblack Bias in City,” read the headline of the A1 piece on Oct. 16, 1973, which pointed out how Richard Nixon’s Department of Justice had sued the Trump family’s real estate company in federal court over alleged violations of the Fair Housing Act. ...

Over the next four decades, Trump burnished his reputation as a bigot: he was accused of ordering “all the black [employees] off the floor” of his Atlantic City casinos during his visits; claimed “laziness is a trait in blacks” and “not anything they can control”; requested Jews “in yarmulkes” replace his black accountants; told Bryan Gumbel that “a well-educated black has a tremendous advantage over a well-educated white in terms of the job market”; demanded the death penalty for a group of black and Latino teenagers accused of raping a jogger in Central Park (and, despite their later exoneration with the use of DNA evidence, has continued to insist they are guilty); suggested a Native American tribe “don’t look like Indians to me”; mocked Chinese and Japanese trade negotiators by doing an impression of them in broken English; described undocumented Mexican immigrants as “rapists”; compared Syrian refugees to “snakes”; defended two supporters who assaulted a homeless Latino man as “very passionate” people “who love this country”; pledged to ban a quarter of humanity from entering the United States; proposed a database to track American Muslims that he himself refused to distinguish from the Nazi registration of German Jews; implied Jewish donors “want to control” politicians and are all sly negotiators; heaped praise on the “amazing reputation” of conspiracy theorist Alex Jones, who has blamed America’s problems on a “Jewish mafia”; referred to a black supporter at a campaign rally as “my African-American”; suggested the grieving Muslim mother of a slain U.S. army officer “maybe … wasn’t allowed” to speak in public about her son; accused an American-born Hispanic judge of being “a Mexican”; retweeted anti-Semitic and anti-black memes, white supremacists, and even a quote from Benito Mussolini; kept a book of Hitler’s collected speeches next to his bed; declined to condemn both David Duke and the Ku Klux Klan; and spent five years leading a “birther” movement that was bent on smearing and delegitimizing the first black president of the United States, who Trump also accused of being the founder of ISIS.

I wouldn't normally quote at such length, but it's just the surface of Mehdi Hasan reviews.

Trump's equivocating support of the fine nazis at Charlottesville doesn't mark a change in Trump. But it does knock the lid off the reality show, the veil of cable news blather hung over it all to make it as entertaining a game as possible for the most comfortable Americans.

Plenty of people – liberals and conservatives alike – are happy to attack Trump's most uncompromising enemies in hopes of centering their own opposition to him. But all they succeed in doing is helping him.

Heather Heyer was the first victim at Charlottesville. Let complicity be the second.