Uncanny Japan: a podcast highlighting "all that is weird from old Japan" 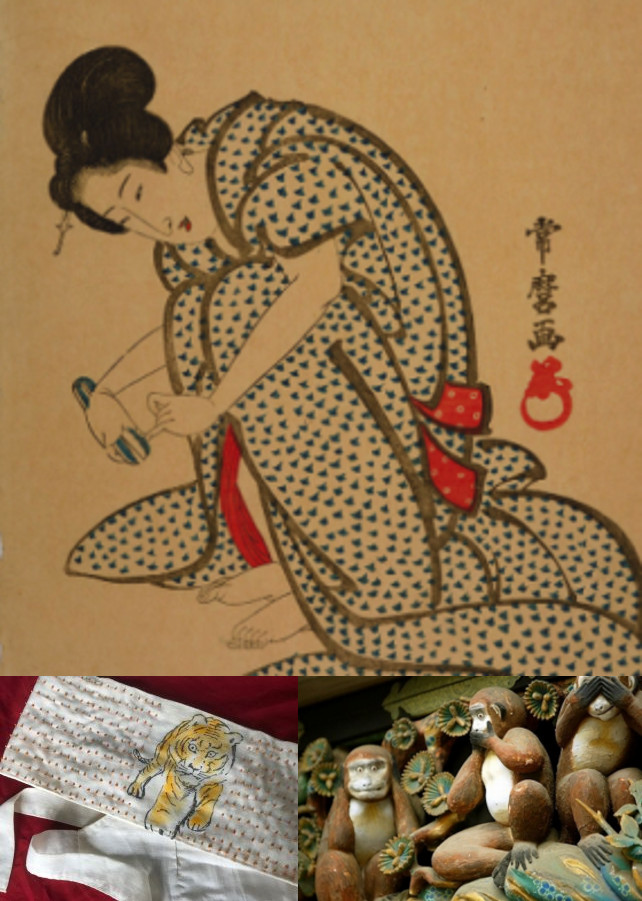 Thersa Matsuura was born and raised in the USA but spent the past 25 years -- more than half her life -- living in a small Japanese fishing village with her husband and son.

Thersa -- pronounced "Teresa" -- was one of my Clarion West writing students in 2015 (previously) and is the author of a pair of fabulous and odd short story collections: The Carp-Faced Boy and Other Tales (2017) and A Robe of Feathers and Other Stories (2009), both filled with tales that go deep into the myths, legends and superstitions of Japan, looking for the kinds of stuff that inspired the likes of Miyazaki (going back to the same source, rather than offering up Miyazaki's thrice-brewed tea).


Thersa's research focuses on Japanese tales that have never been translated to English, often because they are so far removed from western contexts that they are profoundly odd and sometimes difficult to explain. In her podcast, "Uncanny Japan," Thersa dons a set of binaural microphones, finds an audibly interesting place in her fishing village to sit, and, once a month, records a 10-15 minute podcast explaining one of these oddities in engaging and wonderful fashion.


I listened to the whole run of the podcast today and was really taken by it. Thersa has taught herself to edit audio, but is running a Patreon where she's raising money to hire professional audio production talent. The Patreon's premiums are pretty great, too: for $5/month, she'll tell you a monthly bedtime story: "a short, Japanese folktale (a retelling or translation by me) that I'll read in English and occasionally Japanese and English. Ii yume wo..."