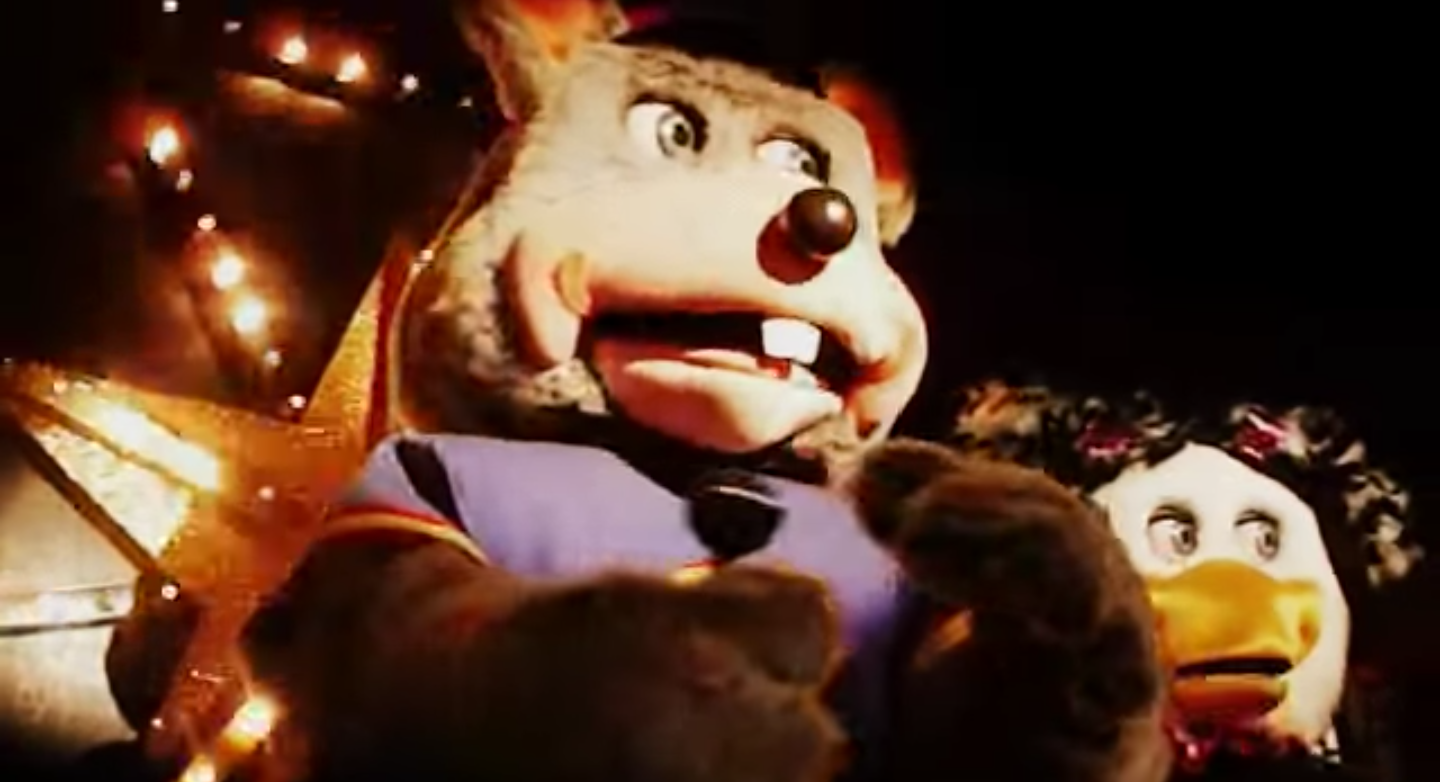 The animatronic band at Chuck E. Cheese's, supposedly a beloved institution but clearly the stuff of nightmares, is to be disbanded in a modernization drive. CBS says it's because of the Millennials.

...the restaurant chain is looking to reengage families and kids with a "modern experience," said CEC Chief Executive Tom Leverton. The redesigned locations also feature a dance floor where a live Chuck E. comes out to shake a leg with children. The animatronic bands were shown the door with the new design.

"It's the biggest thing we've done for the look and feel of Chuck E. Cheese for two decades," Leverton said. "The kids stopped looking at the animatronics years and years ago, and they would wait for the live Chuck E. to come out."

You know, I could understand if the company just quietly retired them off or something, but executing them Romanov-style in front of the kids? Seems a bit much if you ask me.

The Rock-afire Explosion was a pre-cursor to the Chuck E. Cheese band that was originally created by Aaron Fechter, when the chain was still called ShowBiz Pizza Palace. In 2008, Fechter tried to revive the group as a YouTube cover band of sorts, and the results were…well, as you can see. Image: Ray or Jane […]

Britain and America are, as William Gibson has written, a subtle mirror-world reflection of one another. There is a complex language of similarity between these half-separated, half-remerged cultures, and it provides a shared appreciation of difference for all to enjoy. When I emigrated from Britain to America, then, I experienced the many charming embraces and […]