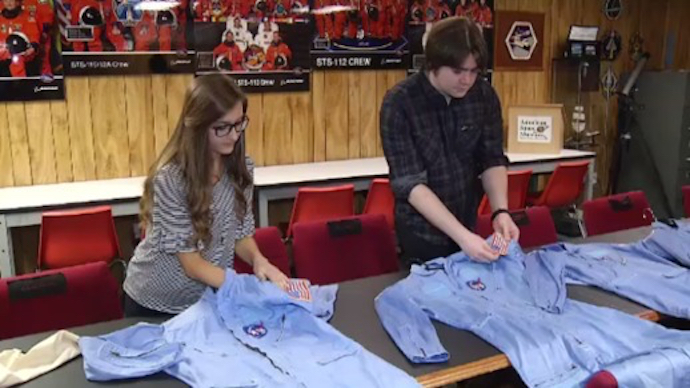 Talia Rappa and Skyler Ashworth spotted a nondescript box at a Florida thrift store's going-out-of-business sale. They found five NASA flight suits, worth tens of thousands of dollars, and paid just $1.20 for the lot.

According to experts at the American Space Museum, the astronauts' names and flight dates on the white labels seem to match the time astronauts George "Pinky" Nelson, PhD, Robert A. Parker, PhD, and Charles D. Walker, a payload specialist, flew shuttle missions between 1983 and 1985.

The students plan to auction them at the American Space Museum on November 4. Some proceeds will go to the museum, while the rest will go to Rappa's and Ashworth's college tuition. Best part? Rappa is studying astrophysics, and Ashworth just got accepted into a college aerospace program.