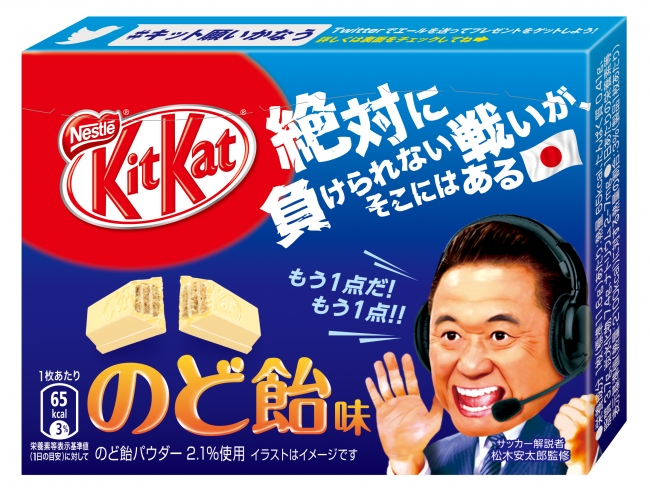 Just when you think they can't make foods any weirder, out comes an unusual crossbreed: a cough reliever/candy bar.

Accompanying the unique release is some equally unusual packaging which features the image of Yasutaro Matsuki, a former national soccer player and manager who’s also well-known for his work as a soccer commentator. His enthusiastic commentary acts as the perfect inspiration for the sweet, which has been designed to support Asahi TV sports broadcasts while helping to soothe the throats of supporters as they cheer for the Japanese soccer team.

Each box, which contains three individually wrapped Kit Kats, features an image of Matsuki yelling out “It’s one more point! Another point!!” alongside a slogan that reads “There’s a battle there that most definitely can’t be lost”, as a nod to the fact that Kit Kat is pronounced “Kitto Katsu” in Japan, which literally translates to “Surely Win”.

If you want to get one, better hurry. The cough drop-flavored Kit Kat is only available until September 5th, and only in Japan.