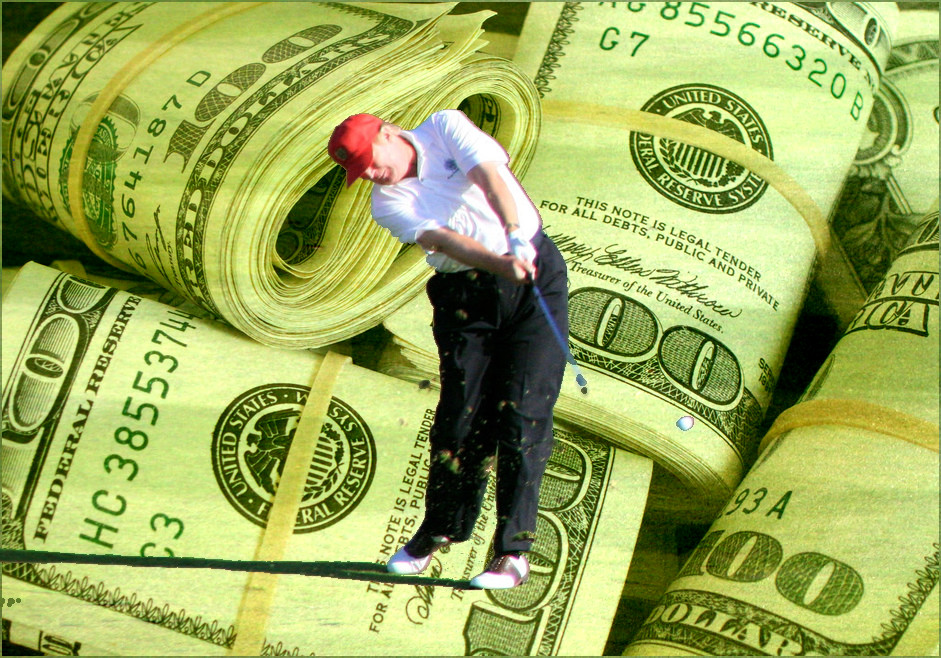 By the end of the year, Trump and his family will have spent more of the Secret Service's budget than the Obama administration spent in eight years -- enough to exhaust the Secret Service's entire budget for the year and drive 500 Secret Security agents to quit their jobs in disgust.

The SS is hoping Congress will appropriate the funds to hire 800 more agents to make up for the president's golf schedule and family holidays.

Trump is already on track to spend more on travel in a year than President Obama did in eight, with a huge swath of that cost coming from the security detail required to protect him and his family. Since the inauguration, the president has taken seven trips to Mar-a-Lago (which cost an estimated $1 million to $3 million a pop) and five to his golf club in New Jersey, where the Secret Service has already spent $60,000 on golf cart rentals alone. It probably doesn't help that Trump's tweets have apparently brought on a "tidal wave of threats," keeping the overworked agents on constant high-alert.

But it's Trump's sprawling family that's really putting a strain on the agency. A total of 42 people—including his kids, their spouses, and his grandkids—require protection, and many live up and down the East Coast. Don Jr. and Eric, who run the Trump Organization, have dragged agents to Uruguay, the UK, the Dominican Republic, Vancouver, and Dubai on business, while Ivanka, Jared Kushner, and Tiffany Trump have brought them along on various vacations across the US and Europe.