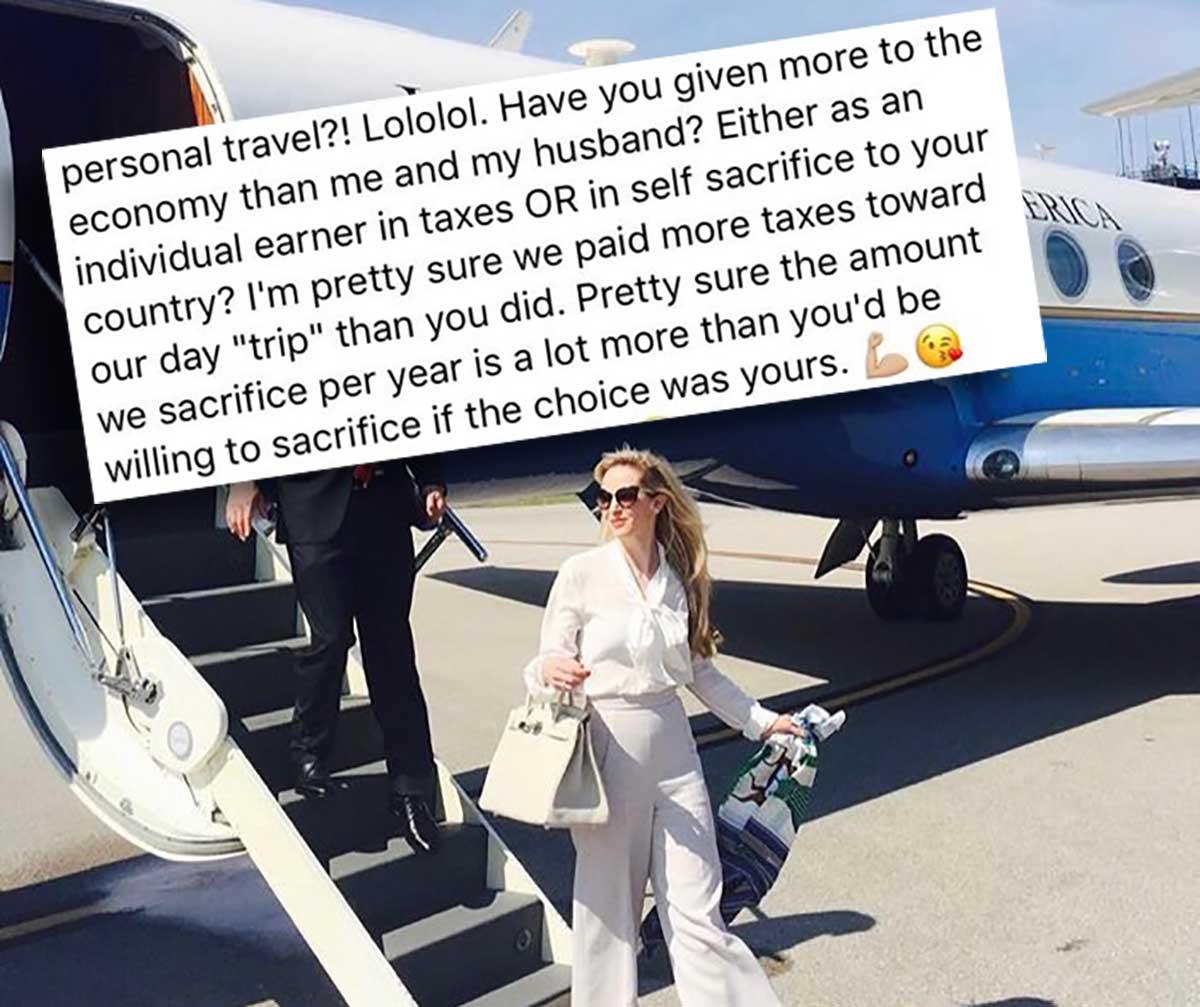 Mind-bogglingly wealthy Louise Linton, a Scottish actress, "perilous journeyer to the heart of Africa," and wife of Treasury Secretary Steven Mnuchin, posted a photo on Instagram of herself and her husband disembarking from a US Gov't jet. Her caption read:

One Instagram commenter said "Glad we could pay for your little getaway. #deplorable." Another wrote: "Please don't tag your Hermes scarf. Distasteful."

cute!? Aw!!! Did you think this was a personal trip?! Adorable! Do you think the US govt paid for our honeymoon or personal travel?! Lololol. Have you given more to the economy than me and my husband? Either as an individual earner in taxes OR in self sacrifice to your country? I'm pretty sure we paid more taxes toward our day "trip" than you did. Pretty sure the amount we sacrifice per year is a lot more than you'd be willing to sacrifice if the choice was yours.?? You're adorably out of touch.? Thanks for the passive aggressive nasty comment. I know you're mad but deep down you'er really nice and so am I. Sending me passive aggressive Instagram comments isn't going to make life feel better. Maybe a nice message, one filled with wisdom and hunanity [sic] would get more traction. Have a pleasant evening. Go chill out and watch the new game of thrones. It's fab!

Including the handbag, this entire outfit is worth more than $25,000. That's more than many Americans make in an entire year. https://t.co/5mn7zUxuPO