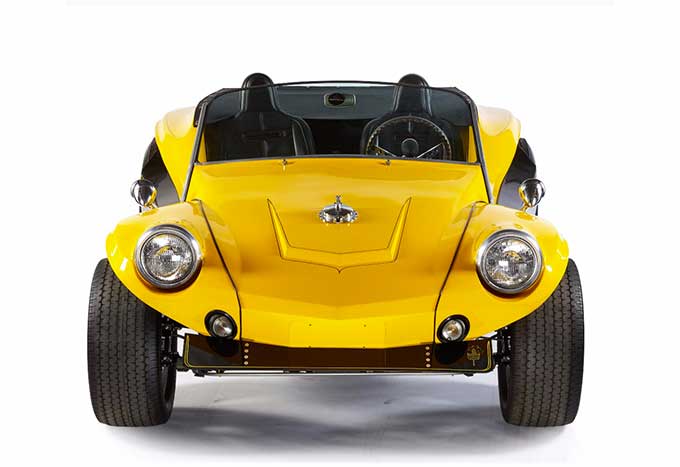 Painted in a shockingly bright yellow, the 1969 Bounty Hunter Dune Buggy demands attention. Having taken one year complete in 1969, builder and owner, Bill Lazelere made sure no detail went overlooked. From the chrome details throughout, to the gas cap under the hood, and 1965 Renault windshield, it is truly a modern design masterpiece. The car has remained in mint condition since its completion and is a timeless classic. The name ‘Bounty Hunter’ is a nod to Steve McQueen’s television show, ‘Wanted Dead of Alive,’ after one car’s designers met McQueen when the movie star ran out of gas. The Dune Buggy is estimated to go for $30,000- $50,000.

Dune buggies originated out of Burbank, California in the mid-60s era and grew in popularity after being featured in Hollywood films such as The Big Bounce (1969). LAMA is excited to have such a time capsule piece of California pop culture to add to its already diversified 25th Anniversary Auction. The auction is set to take place October 22, 2017 at the Los Angeles Modern Auctions showroom at 12:00 p.m. 16145 Hart St., Van Nuys, CA 91406

Mel Keys designed the "Bounty Hunter" dune buggy for Glass Enterprises. He was also one of the three men (middle in photo below) who made the original 11-foot model of the U.S.S. Enterprise that was used on the TV series: