God-Man vs. the Menace of Ooze!! 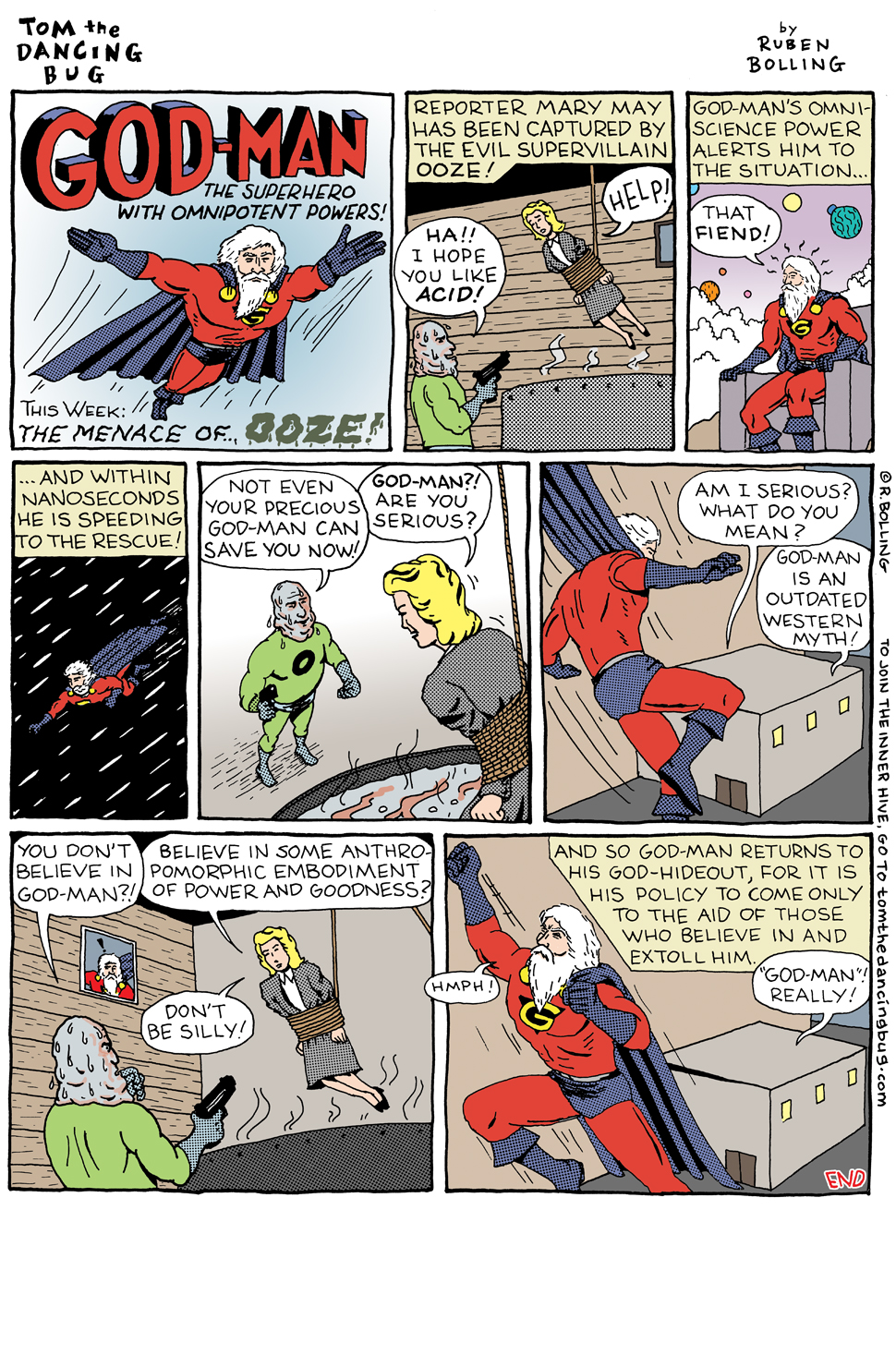 Tom the Dancing Bug, IN WHICH the omnipotent superhero God-Man must rescue reporter Mary May from the villainous Ooze! Or must he??