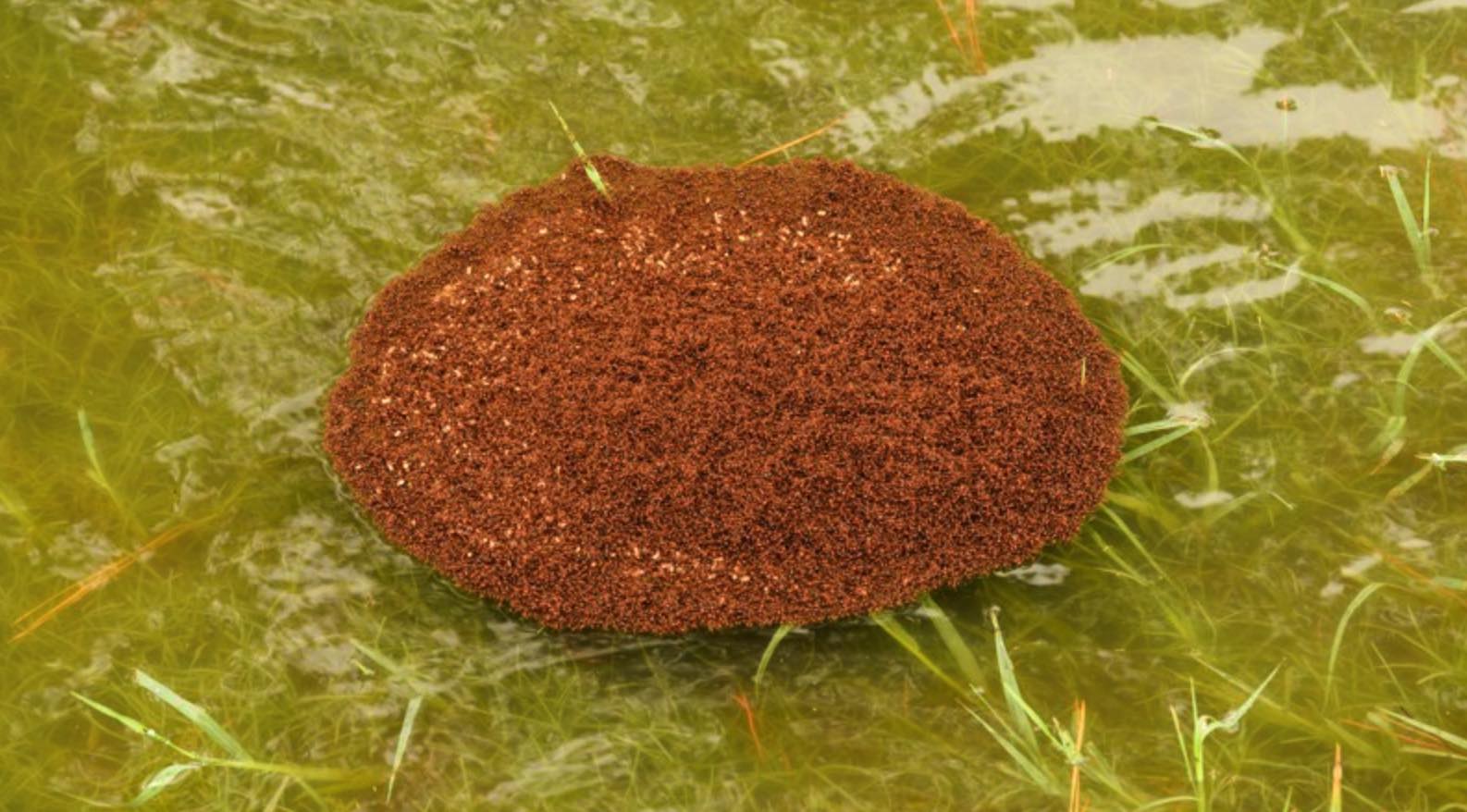 Dish soap breaks the surface tension and they sink.