RIP Juicero, the machine that squeezed juice from packets of juice 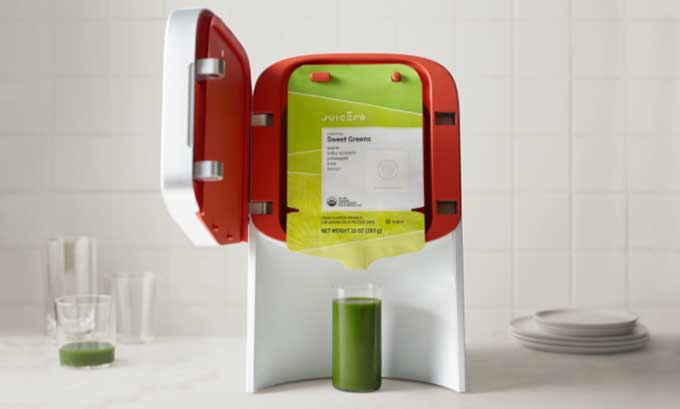 Big VC firms like Google Ventures and Kleiner Perkins invested $118 million to fund a company that made a $400 machine that squeezed juice out of proprietary juice packets. Now they have nothing to show for it besides over-engineered machines destined for the dump. At least customers are getting a refund!

From the Juicero Blog:

However, today, after selling over a million Produce Packs, we must let you know that we are suspending the sale of the Juicero Press and Produce Packs immediately.

In order to fulfill our mission, we announced last month that we would shift our resources to focus on lowering the price of the Press and Produce Packs. We began identifying ways that we could source, manufacture and distribute at a lower cost to consumers.

During this process, it became clear that creating an effective manufacturing and distribution system for a nationwide customer base requires infrastructure that we cannot achieve on our own as a standalone business. We are confident that to truly have the long-term impact we want to make, we need to focus on finding an acquirer with an existing national fresh food supply chain who can carry forward the Juicero mission.

For the next 90 days, we are offering refunds for your purchase of the Juicero Press. Please contact help@juicero.com by December 1, 2017 to request a refund for your purchase. If you have an active Pack subscription, you will receive your final delivery next week (week of September 4th).